The US Government is a Disgrace Right Now 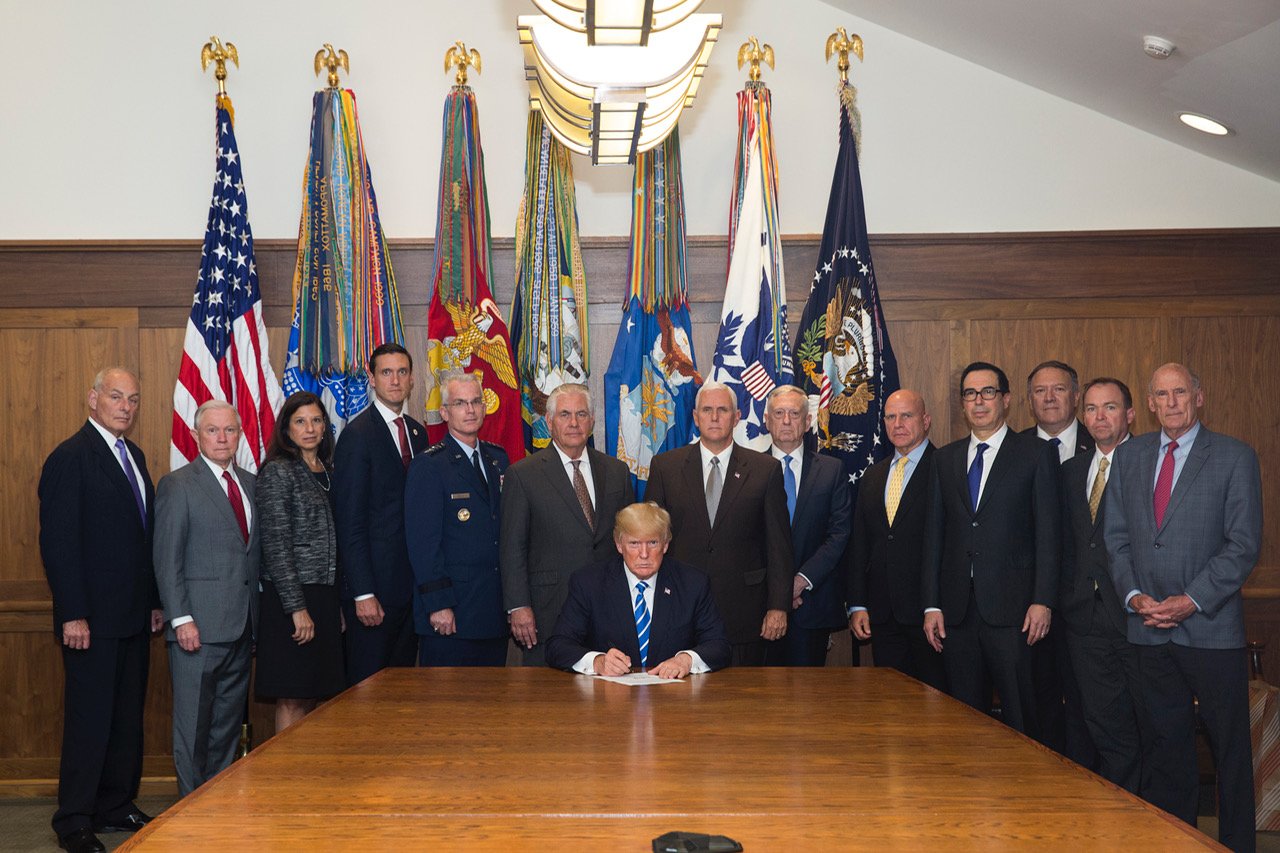 I have no idea what's going on in this photo or what is being signed, but it is clear that the current leadership of the United States government is an embarrassment and a fraud. This is the single worst leadership team ever assembled, headed by the least qualified and most unfit man to ever hold the office of the presidency. All of the figures photographed here should never be allowed to hold office in another administration and they should all be hounded out of public life forever. And that includes the officers in the military, who should have resigned months ago.