Standing in the Aisles With Itchy Feet and Fading Smiles 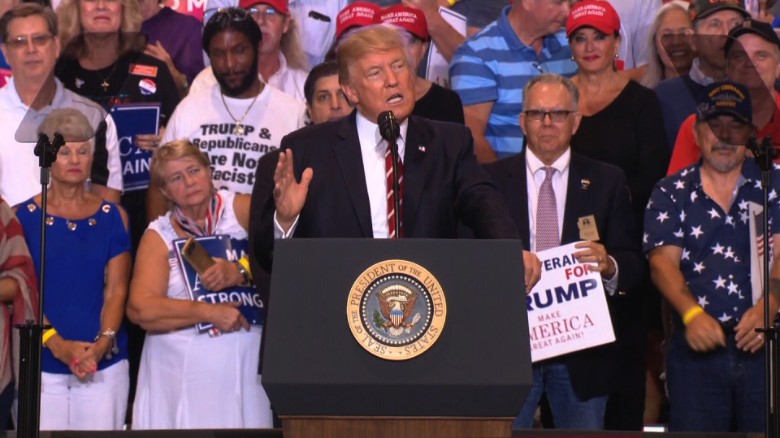 If there's one sin that will not be forgiven, it will be the sin of boring your own supporters:

Somewhere between his obsessive (if misleading) recapitulation of his Charlottesville reaction, and his umpteenth complaint about the Washington Post and Amazon, something unusual happened: Trump began to lose his audience.

Hundreds left early, while others plopped down on the ground, scrolled through their social media feeds or started up a conversation with their neighbors. After waiting for hours in 107-degree heat to get into the rally hall — where their water bottles were confiscated by security — people were tired and dehydrated and the president just wasn't keeping their attention. Although Trump has long been the master of reading the mood of a room and quickly adjusting his message to satisfy as many of his fans as possible, his rage seemed to cloud his senses.

This should be the lede everywhere because it shows that Trump's support is declining rapidly. The polls reflect this, and I think Trump's support is very soft right now. Those that say "I support him" are low information voters who aren't going to be motivated to deliver another "fuck you" to America's elites in 2020. They'll be too busy wondering why their pockets have been picked by a con-artist.

American Fascism can be a lot of things, but if the crowds aren't into it, expect that it will disappear when people understand what it is costing them.