Stand Up to Hate and Hate Runs Away 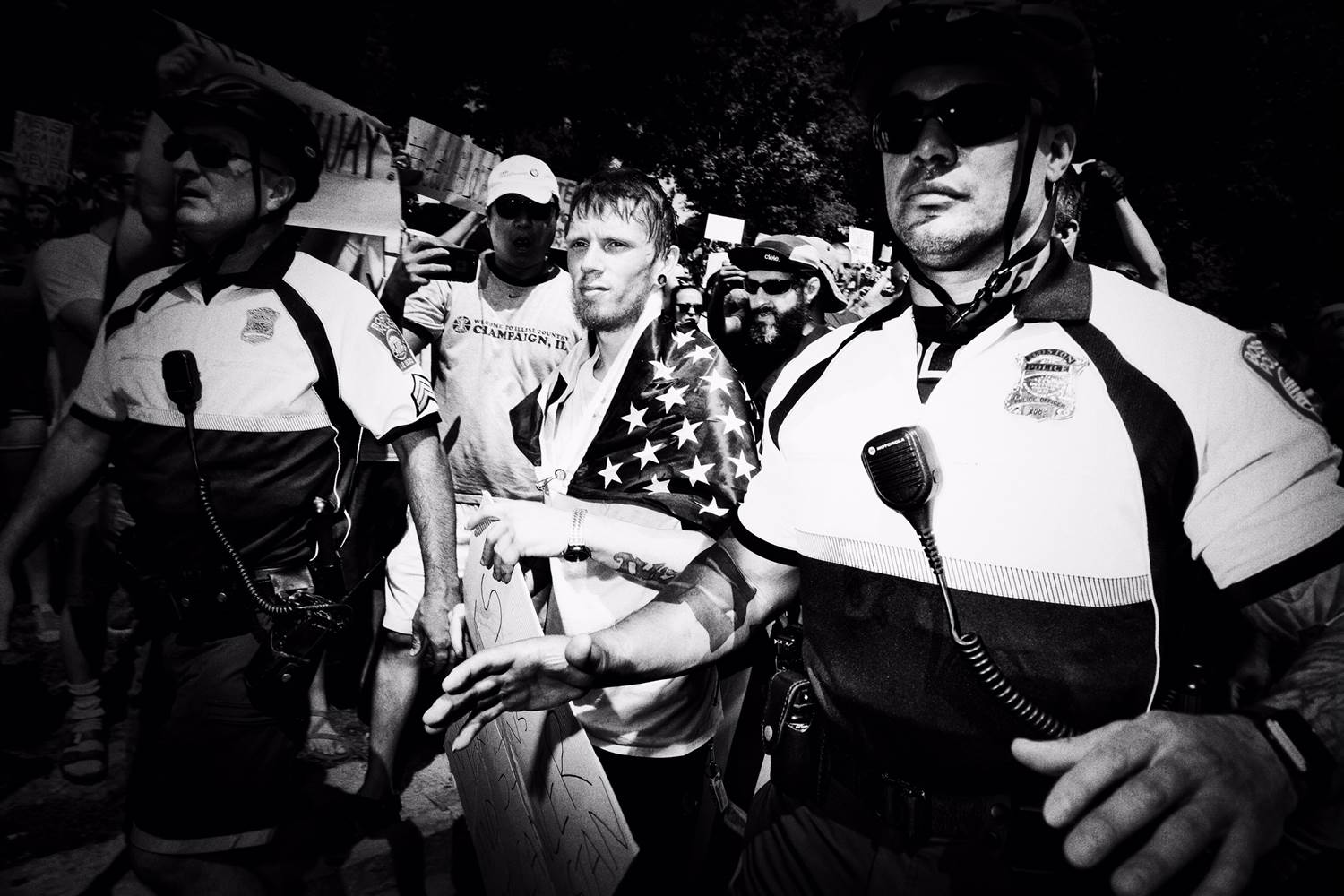 A 'Free Speech Rally' attendee is ushered through the crowd of protesters by police. Mark Peterson / Redux for NBC News [/caption]

There are a lot of people like myself who were screaming about this stuff a year and a half ago. America has finally woken up to the Nazis in their midst. It is certainly not too late to fight back against neo-Nazis, white nationalists, and moderate Republicans, but where the fuck were these crowds when Hillary needed you?

National attention focused on Boston Saturday as protesters planned to fill the streets to pronounce their opposition to bigotry and racism a week after a white nationalist rally in Charlottesville.

Many were concerned that the protests in Boston would turn into riots, causing property damage and producing casualties — a repeat of events in Charlottesville that led to one death and numerous injuries. The fear was that the violence would come to Boston, a major city where tens of thousands of angry anti-racist demonstrators were expected in the streets.

But after the marches concluded — more than 40,000 attended — those concerns seemed outsized. Boston’s city government and police force had allowed for a poorly attended so-called “Free Speech Rally," which had ties to the white nationalist Virginia rally, as well as the counter-protests that far outnumbered the original event.

Now that white nationalists have been photographed and shamed, and now that they have started losing their jobs, the mainstreaming of hate has begun to unravel. They were proud as hell a few weeks ago, and now they're scurrying back under their rocks. Everywhere these right-wing pussies show up, meet them with crowds intent on peaceful protest. If they start swinging, swing back.

What the media doesn't understand is that your garden-variety Neo-Nazi is willing to lash out and hit people in order to draw attention. Oblige them! Take their bait. And get it all on film so that the people who respond to this trash have a case they can make in front of a judge about self-defense. Definitely don't kill them, but don't let them game the system so that they can become martyrs. We don't need that bullshit.