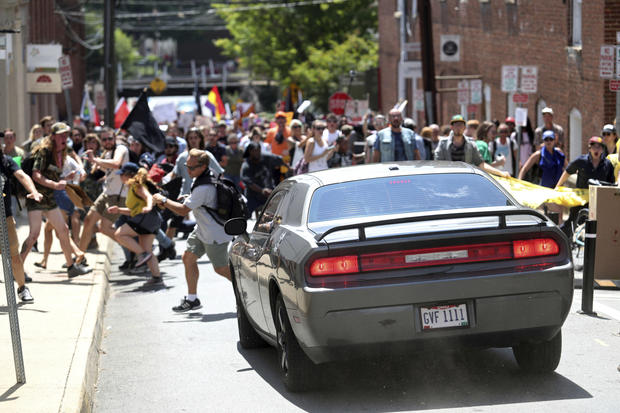 It's Saturday in Trump's America:

President Donald Trump condemned hate "on many sides" in response to violent white nationalist protests and a terror attack Saturday in Charlottesville, Virginia. 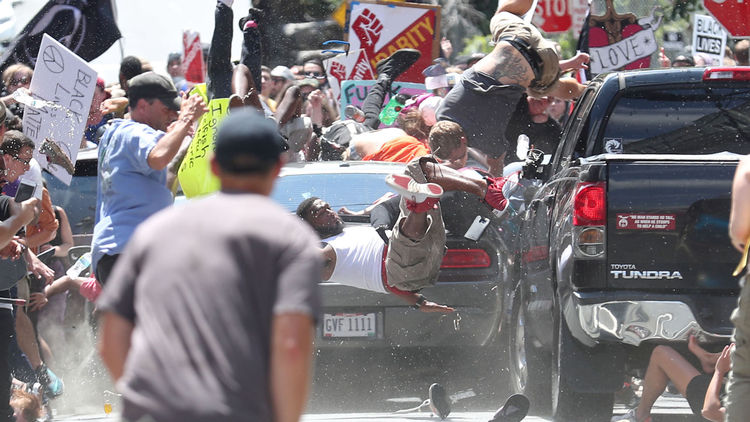 The President did not mention white nationalists and the alt-right movement in his remarks, and later called for a "study" of the "situation."

At least one person was killed and 19 injured when a speeding car slammed into another car that was navigating through a throng of counterprotesters, according to a statement released on the City of Charlottesville's verified Twitter account.

"On many sides" is a statement of pure, unadulterated bullshit. It is a a wholly unacceptable and useless remark. Blaming the people who have been victims of terrorism is just another way of passing the buck. Thousands of racist bigots are using Charlottesville, Virginia to start a race war. They're the ones showing up with torches, assault rifles, ballistic helmets, and store-bought camouflage uniforms. Every one of them wants to lash out and take the life of someone "if they can get away with it." These are fucking neo-Nazis and white supremacists who are doing this.

In Trump's remarks, he said we should have "affection" for one another?

As an American, I'm supposed to have affection for Nazis? Klan members? White supremacists?

Behind the scenes, the White House is frantically trying to signal their white supremacist allies that  it's "business as usual" and that the people who were just run over were to blame, too:

Asked what Trump meant by saying "on many sides," a White House official also pointed a finger at the counterprotesters.

"The President was condemning hatred, bigotry and violence from all sources and all sides. There was violence between protesters and counterprotesters today," the official said.

I'm sorry, but there are fucking Nazis in the fucking White House. Whose side are they on?Not the side of the people injured or dying.

The use of a vehicle to terrorize people has come to the forefront in recent years because of how protesters have been able to shut down traffic in certain areas. We saw this in the protests in St. Paul, Minnesota and elsewhere. Here's a great rundown of that history and why it resonates so strongly right now.

The President of the United States cannot condemn Nazis or Vladimir Putin, but he can condemn any American who might not have voted for him.

I want to give special credit to the Pulitzer-prize worthy photography of Ryan M. Kelly, The Daily Progress. His work today has been amazing. 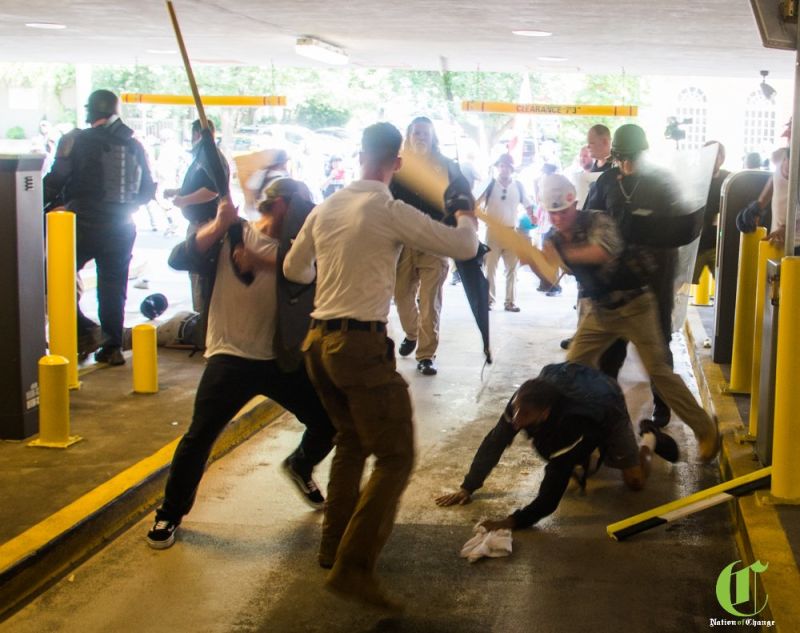