Rod Wheeler is the Scum of the Earth 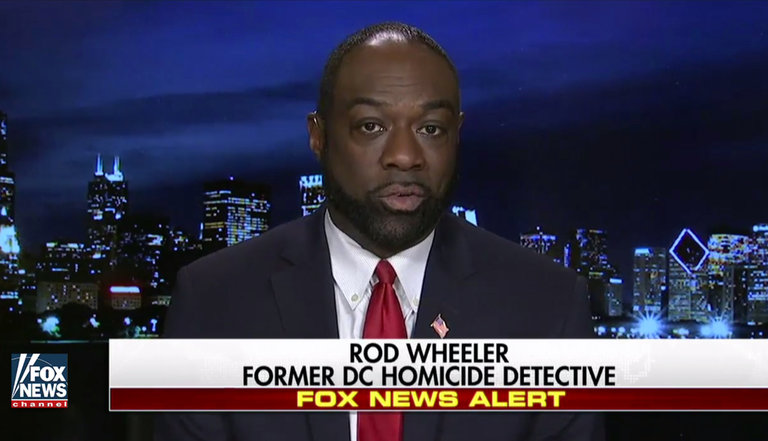 The man at the center of the so-called Seth Rich Conspiracy is Rod Wheeler, and he's garbage:

The White House worked with Fox News and a wealthy Republican donor to concoct a story about the murder of Democratic National Committee staffer Seth Rich, according to an explosive lawsuit filed Tuesday.

The story, the lawsuit said, was part of an attempt to discredit the US intelligence community's determination that Russia hacked the Democratic National Committee and obtained a trove of emails released by Wikileaks.

For months, right-wing conspiracy theorists had floated unproven theories that Rich was the person who provided Wikileaks with the DNC emails, and suggested his death was retribution for his supposed leak. No real evidence was ever provided to support such claims.

The theory, however, resurfaced in May when Fox News published a story that quoted Rod Wheeler, a Fox News contributor and former homicide detective hired on the Rich family's behalf by wealthy Republican businessman Ed Butowsky to investigate Rich's death. According to the story, Wheeler said there was in fact evidence showing Rich had been in contact with Wikileaks. The story quickly fell apart when Wheeler contradicted aspects of it in an interview with CNN. Fox News eventually deleted it from its website, saying in a note left in its place that it failed to meet the network's editorial standards.

Wheeler is an easily discreditable sack of shit. The fact that his name is popping up right now is proof that someone threw that sack into the blades of a fan. Anyone who makes money saying horrible lies on Fox News is the scum of the Earth. When that teat ran dry, Wheeler decided to start trying to play for another team. As I like to say, fuck that shit.

We need to unravel how it is that the Republican Party, Fox News, Wikileaks, and this asshole Wheeler came to be in cahoots with one another. Our elites have failed us and our institutions are sinking like stones all around us. The people who made up their minds to use the tragic death of a young man as a weapon against Democrats really don't need any sympathy. They need lawyers.