Remember When This Was the Number One Story in America? 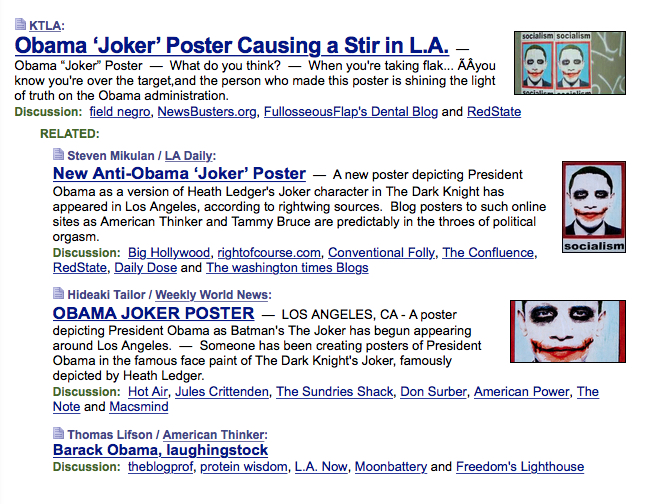 I have a lot of fun getting into the time machine provided by Memeorandum. Go over to the side of the page, subtract eight years from the date, and, voila, you have the top stories from the first year of the Obama Administration. There is still a story on the LA Weekly website, and it depicts the shock of it all. Really? Was it shocking?

This is how the "right wing" or the fledgling "alt-right" began to tear at the idea of Obama as president and how they moved discourse in this country further and further into the realm in which we find ourselves. It was shocking then, but when we look back on this, it's par for the course. It's the same anti-Obama racism that we had to face then and it looks tame now. It doesn't even compare to the horrible things that have been said and done since then.

If you want some perspective on how Trump and his minions have chipped away at decency in this country, look no further than birtherism and these depictions of Obama. Yeah, it's just a poster. But it's evidence that the soul of America was cut a million times over the last eight years.