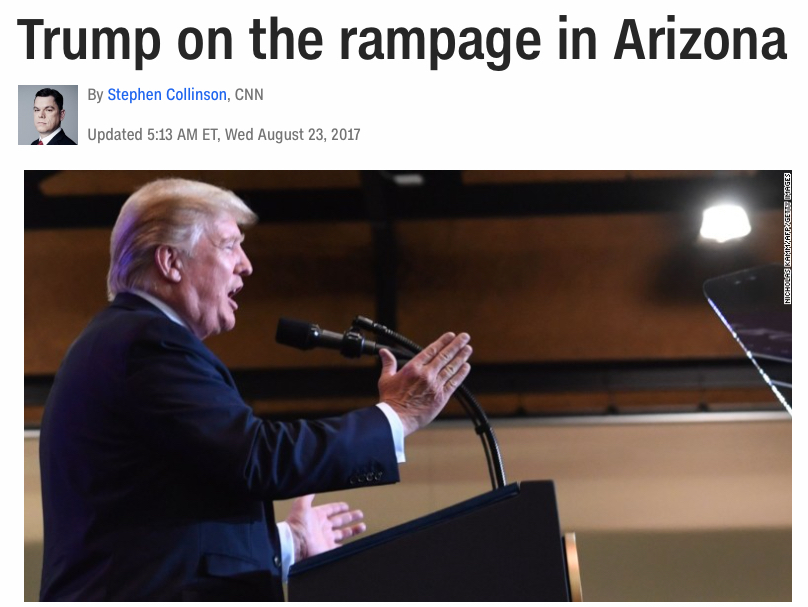 Remember all of those times Barack Obama stalked around the stage, repeated easily-refuted lies, and talked about how all of his enemies were ganging up on him?

Donald Trump just showed why even some Republicans question whether he has the temperament and the capacity to serve as President.

In an incredible performance at a raucous Arizona rally Tuesday, Trump rewrote the history of his response to violence in Charlottesville and reignited the culture wars.

Trump in effect identified himself as the main victim of the furor over the violence in Virginia, berating media coverage for a political crisis that refuses to abate over his rhetoric on race.

In defending his responses to the Charlottesville violence, Trump selectively omitted his reference to "many sides" or "both sides," comments he made that drew bipartisan condemnation for equating neo-Nazis with their counterprotesters.

To say that it was an unpresidential speech is an understatement. It was pure Fascism, delivered by a man so unhinged, he probably thinks every song, every book, every movie, every conversation is about him.