Look at the Campaign He Ran 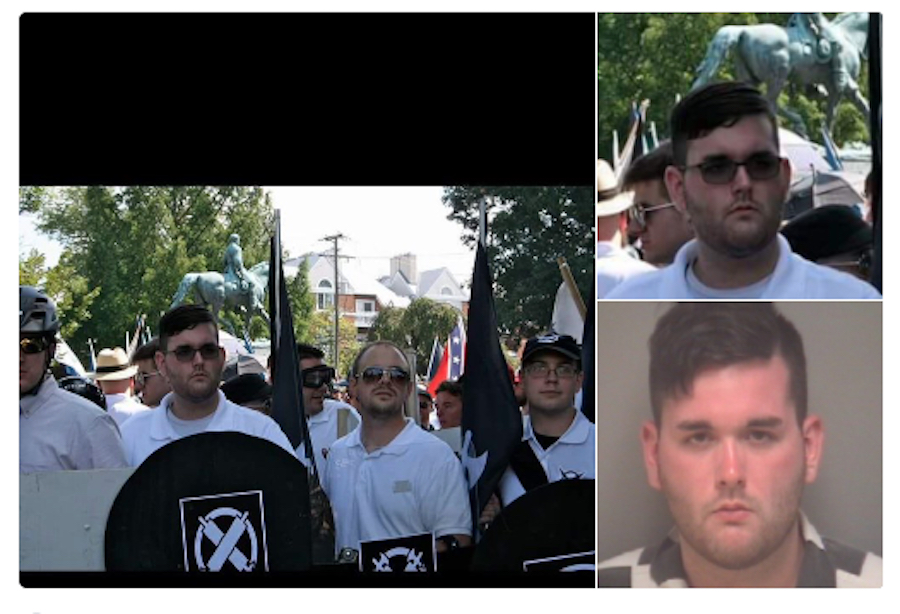 You can lay the violent radicalization of the alt-right at the feet of Donald Trump:

"Look at the campaign he ran," Signer said on CNN's "State of the Union."

Signer called on everyone to join together to recognize and combat racism, adding that the effort should include Trump.

White supremacist demonstrators clashed with counterprotesters in the Virginia city on Saturday, with the violence culminating with a man ramming a car through a group of counterprotesters. Authorities said the attack injured 19 and killed one.

There is going to be a tremendous effort undertaken by the alt-right to distance themselves from James Alex Fields Jr. and their movement. He is a terrorist. He is a registered Republican. He's a Trump supporter. He used his car to murder people in the advancement of his radical ideology and abhorrent beliefs. He committed multiple felonies against peaceful protesters in an American city.

I'm curious why no one has used a drone to raze the neighborhood in which he lived. Normally, that's what we see when dealing with terrorists.

And Joy Reid said it best:

JOY REID: Donald Trump failed sort of the fundamental test of leadership, and this was an easy test for any president of the United States to clear. This is the country that heroically swooped in during World War II. The idea that a president of the United States cannot unambiguously denounce Nazism is extraordinary, and Donald Trump has placed himself in a history. There is no way that I think the American people could have contemplated that their president could not unequivocally condemn David Duke and Nazis. And he couldn't, and he didn't.