Houston is Under Water 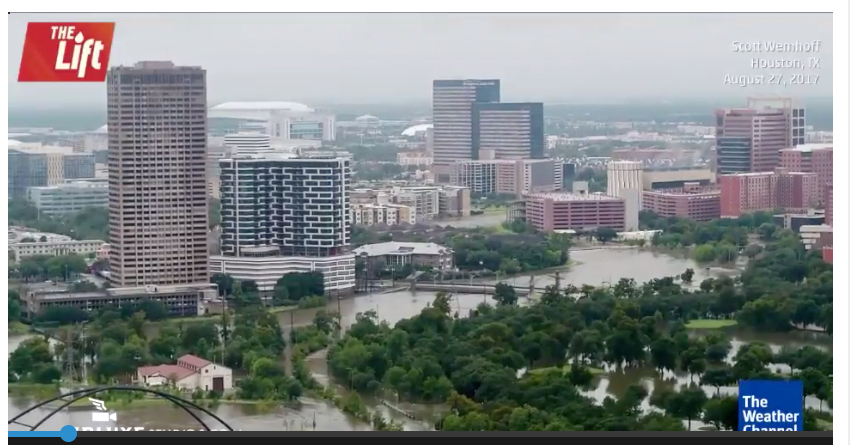 Localized storm total rain amounts of up to 50 inches are not out of the question once Harvey's rain is finished later this week. This may end up being one of the worst flood disasters in U.S. history.

As of early Monday morning, flash flood emergencies remained in effect for 11 southeast Texas counties, according to the National Weather Service in Houston.

The only thing anyone can agree on right now is that FEMA will be setting up shop in Houston for the next few years. I don't know what anyone could do to prevent the next flood, but someone has to do something because this is not how people are supposed to live. Some 450,000 residents of south Texas are going to apply for Federal disaster relief in the days ahead, and I would imagine that that number will increase.

In Houston...this past spring, after two floods...this is what the people elected by Houstonians said about flood control measures.

"The longtime head of the flood control district flat-out disagrees with scientific evidence that shows development is making flooding worse. Engineering projects can reverse the effects of land development and are doing so, Mike Talbott said in an interview with The Texas Tribune and ProPublica in late August before his retirement after 18 years heading the powerful agency. (His successor shares his views.)
The claim that “these magic sponges out in the prairie would have absorbed all that water is absurd,” Talbott said.
He also said the flood control district has no plans to study climate change or its impacts on Harris County, the third-most-populous county in the United States.
Of the astonishing frequency of huge floods the city has been getting, he said, “I don't think it's the new normal.” He also criticized scientists and conservationists for being “anti-development.”
“They have an agenda ... their agenda to protect the environment overrides common sense,” he said."

If you can help, please do so:

Update: Suggestions from the thread below.