Everyone Knows Who the Leakers Are 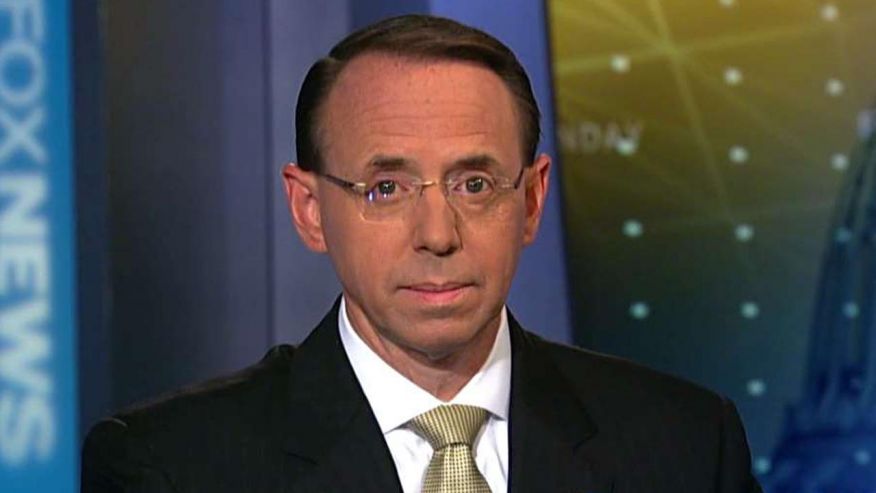 Deputy Attorney General Rod Rosenstein acknowledged Sunday that “anybody who breaks the law” -- including White House staffers and members of Congress -- could be prosecuted, as the Justice Department heightens its efforts to stop leaks of classified information.

Rosenstein made the comments on "Fox News Sunday," amid a torrent of damaging leaks to President Trump’s administration and several days after Attorney General Jeff Sessions announced that the department has expanded efforts to crack down on the problem.

Rosenstein also made clear that the focus of the investigations is the leaks and how they are likely damaging to national security.

“We look at facts and circumstances, what was the potential harm caused by the leak,” he said in response to questions about whether White House staffers and members of Congress would be included. “That is more important than who is the leaker. … If it warrants prosecution we will prosecute. … Anybody who breaks the law.”

So, they're going to throw Steve Bannon and Kellyanne Conway in prison for leaking? Did I connect the dots and read that correctly?

This is all laughable. The leakers are "known" to the press itself. If national security was really at stake here, the "leakers" would already be under arrest and awaiting trial. There are elements within the government that are opposed to Trump and his regime; there are elements within Trump's regime that are bald-faced liars who leak information damaging to the president in order to advance their own agendas. The media knows who these people are, but, under the guise of some witless rule no one believes in, we are treated to a game of whodunnit?

It's just another day in an America that is beyond stupid.