A Twenty Percent Tax Cut For Businesses? Hell No 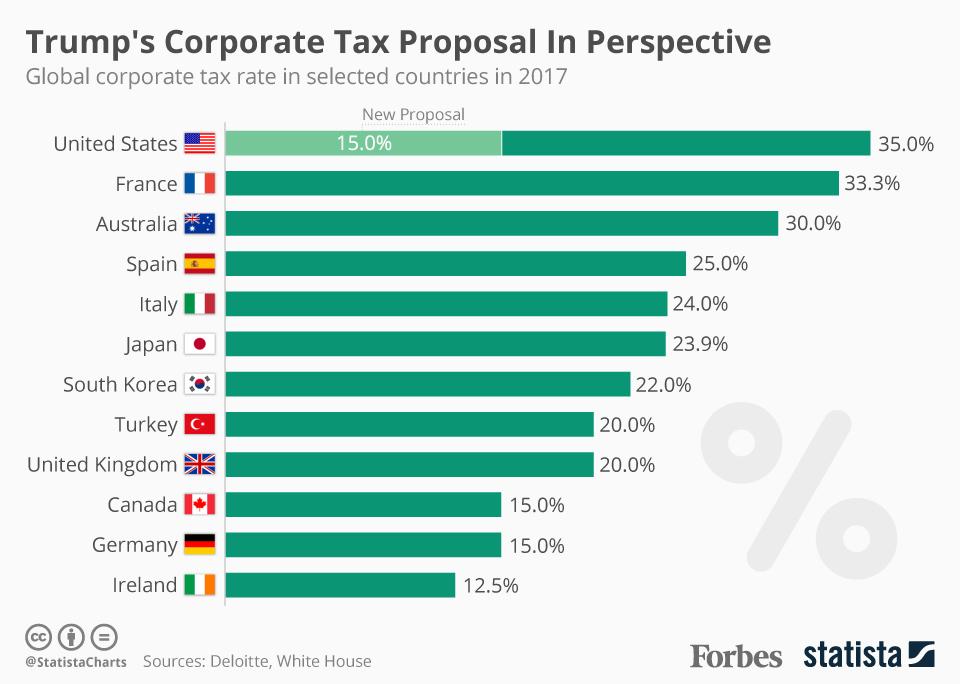 Trump's tax proposal should be considered dead on arrival. Cutting taxes on American companies from 35% to 15% would blow a hole in the deficit and increase our national debt. All of those profits would go into the hands of the people who own those companies, and those folks already pay a very low tax rate. This would shift the tax burden away from both corporations and high income individuals to the middle class and the working class and allow the 1% to finally end up undertaxed personally and undertaxed professionally. And I wouldn't put much faith in the chart above because it comes from Deloitte and the White House. So, take that with a grain of salt. All of this.

The end goal here is to cut taxes for the rich. It's a great scam, and it hinges upon people looking at the chart above and feeling "sorry" for corporations. 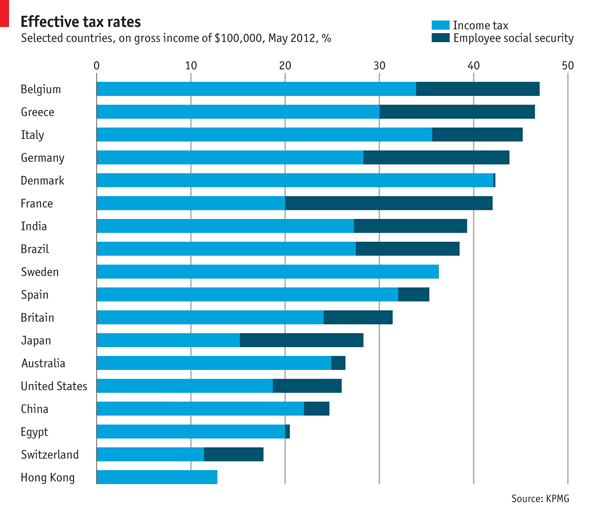 See how low "personal" income tax is compared to "corporate" income tax? On the one hand, individuals are getting a huge break. On the other, they're getting soaked, as they should be. This is the price of living in a free country with a court system that can prevent the government from taking away all your wealth. Don't like it? Take your billion dollars to Russia and see how long you keep it.

So, anyway--we're in tax cut, I mean, tax reform territory and that's where everything is about to go off the rails. The media can't cover it because math and the government can't be trusted to do the right thing because of lobbyists and evil, so what's going to happen? We're going to run into a ton of problems on the road ahead understanding this argument and fighting against it. One of the advantages we have here is that Trump can't sell anything to anyone because he doesn't know jack shit about policy:

President Donald Trump on Wednesday delivered his opening pitch on tax reform, framing the effort in populist terms saying Republican plans to overhaul the tax code would be a boon for lower- and middle-class Americans.

"We're here today to launch our plans to bring back Main Street by reducing the crumbling burden on our companies and on our workers," Trump said in Springfield, Missouri. "The foundation of our job creation agenda is to fundamentally reform our tax code for the first time in more than 30 years."

All of a sudden, a Regime populated with Goldman Sachs alumni is championing "Main Street?"

Give me a break.

They want to screw Main Street every which way so that the tax rate on massive, "too big to fail" companies can be cut to the bone so that the owners can keep more cash. Who owns those big companies? Well, if you guessed a lot of overseas investors, you would be correct.

In effect, Trump wants to cut taxes for people who don't live in this country who own companies that already use tax shelters to hide what they make. This is supposed to help Mom and Pop stores in Podunk, Iowa get ahead?

How many jobs are going to be created when profits become even more obscene than they are right now? None. How many people are getting raises? None. How many companies will do the right thing and expand and grow when given a twenty percent tax break? Absolutely none of them will because all that's happening here is that the ability to appropriate more profit will increase and their obligation to America's economy will stay the same. Hint--they have no obligation.

We already know the wealthy are criminally undertaxed. We know that corporations help make up for some of that, but not all of it, and we already know that the Trump Regime wants to find a way to kill off Obamacare. What better way to do that than to cut the corporate tax rate and deprive Obamacare of the money it needs to function?

The end result of all of this, if it passes, will be to allow the wealthy to accumulate more money and stick everyone in America with the costs of maintaining civilization.

As a wise old man once said, fuck that shit.