Trump Thinks He's a Gangster, Too 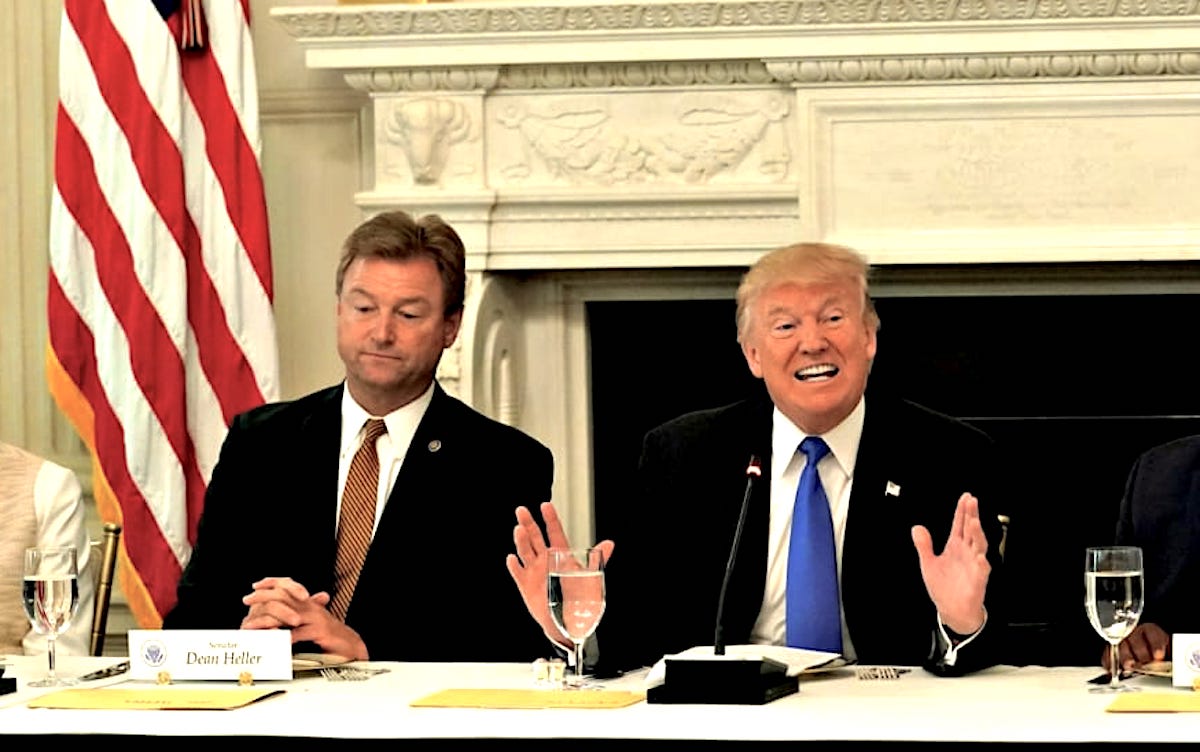 Trump has clearly been hanging around people who like to make vicious threats because some of that is beginning to rub off on him when he talks to elected politicians:

During a lunch at the White House with GOP senators, President Trump tossed a not-so-veiled threat at Sen. Dean Heller, who was famously a holdout on voting for the president’s repeal-and-replace efforts. The president lamented several Republicans turning against the Senate bill, effectively killing it this week: “The other night I was surprised when I heard a couple of my friends—my friends, they really were and are. They might not be very much longer, but that’s okay. I think I have to get them back,” he said to laughter in the room, at one point turning to Heller to say, “[You were] the one we were worried about. You weren’t there. You’re going to be.” And then Trump added: “He wants to remain a senator, doesn’t he?” The president continued, as Heller’s smile turned uncomfortable: “I think the people of your state—which I know very well—I think they’re going to appreciate what you hopefully will do.” The president concluded with what can effectively be seen as a word of warning to Republican holdouts: “Any senator who votes against starting debate is really telling America that you’re fine with Obamacare.”

The only reason why Trump would use this syntax is if it had been used on him in recent weeks. Gee, I wonder who might be making serious threats against him and his family?

I mean, you don't think it could have been the Russians, do you? This is eliminationist rhetoric being used against a man who is clearly voting this way because of the pressure being put on him by his constituents. Trump doesn't understand that kind of pressure--the democratic kind. He understands coercion and the use of terror and violence. He has brought the low-life aspects of his experience to the presidency. God help us all.

Meanwhile, in Nevada, the voters should probably de-register themselves and plan on never voting again. This president thinks he can control who gets to be a Senator from the state of Nevada and that's probably the most gangsta move of all.