Trump is Confused and Does Not Know Who These People Are 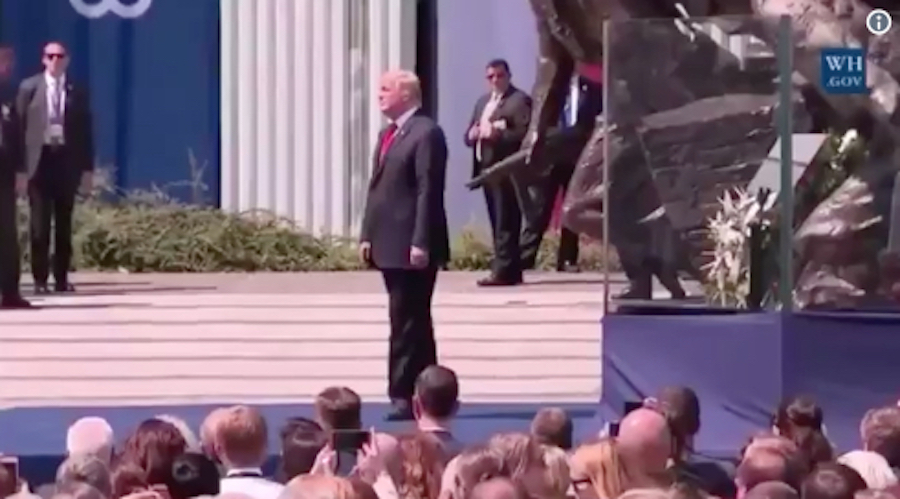 There goes that Trump again, wandering around in public, unsure of where he needs to be and where he wants to go. You would think they would have a plan to move him from the place where he gave his speech--which was behind the bullet-proof glass--to a safe area quickly and efficiently. I guess not.

But, hey. Relax. We're not going to discuss the 25th Amendment. There's no need--everything is fine. An aide will be along shortly to take the President of the United States of America by hand in order to ensure that he doesn't end up mingling with anyone backstage, lost and confused.

If it is readily apparent in carefully scripted settings that the POTUS has no idea where he is or what he is doing, what's it like when he slips out of the clubhouse and goes on a late night walkabout on the golf course in his skivvies? What are the people around him not telling the American people?

If it comes out later on that they have enabled this man, the ramifications of that must be decisive. We cannot afford to have this. I suspect that these rules will only apply to Democrats and not Republicans because, fuck it, that's where we're at these days.