Trump Gave Up the Nuclear Codes and Barron's Wi-Fi Password 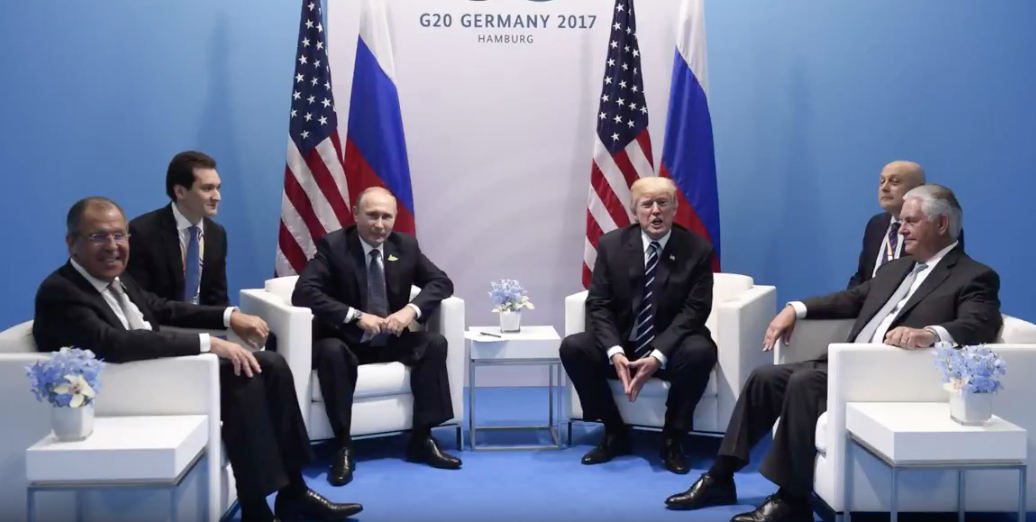 This is proof that there is no one around Trump who can do anything at all to guide him, persuade him, or manage his time:

First lady Melania Trump was sent into President Trump's meeting with Russian President Vladimir Putin to try to get the two leaders to wrap it up after their scheduled 30-minute meeting ran for more than an hour, Secretary of State Rex Tillerson said Friday.

She was unsuccessful; the meeting lasted more than an hour longer after U.S. officials sent her in, Tillerson said.

"Several times I had to remind the president, people were sticking their heads in the door," Tillerson told reporters after the meeting. "They even sent in the first lady at one point to see if she could get us out of there, and that didn't work either. … We went another hour after she came in to see us, so clearly she failed."

Here's what likely went down. Putin flattered Trump, and got him to talk about this, that, and the other thing, and kept up the flattery until Trump had given up nugget after nugget of critical information. An interrogator gets you to talk about your favorite subject, and I would be willing to bet Putin used every trick he knew to set Trump up for boast after boast about what he knows, what's happening, and what the U.S. intends to do. This was how he probably played him and walked away with a treasure trove of material he can disseminate throughout the greater Russian intelligence gathering operation and I would be willing to bet you that task after task was generated because of this failure to manage the president's time and energy. Putin won the day simply by smiling and using a little charm. This was a gold mine for him, and the fact that it went two hours and fourteen minutes past the limit of Trump's attention span speaks volumes as to how much Putin owns Trump.

And Tillerson is such a country fucking bumpkin that his statement of "They even sent in the first lady at one point to see if she could get us out of there, and that didn't work either. … We went another hour after she came in to see us, so clearly she failed..." is the diplomatic equivalent of "we have no fucking idea what we're doing."

The President is not being managed or advised. He is telling everyone what's going on and there's no pushback against this disastrous situation. None. We are vulnerable because of this.