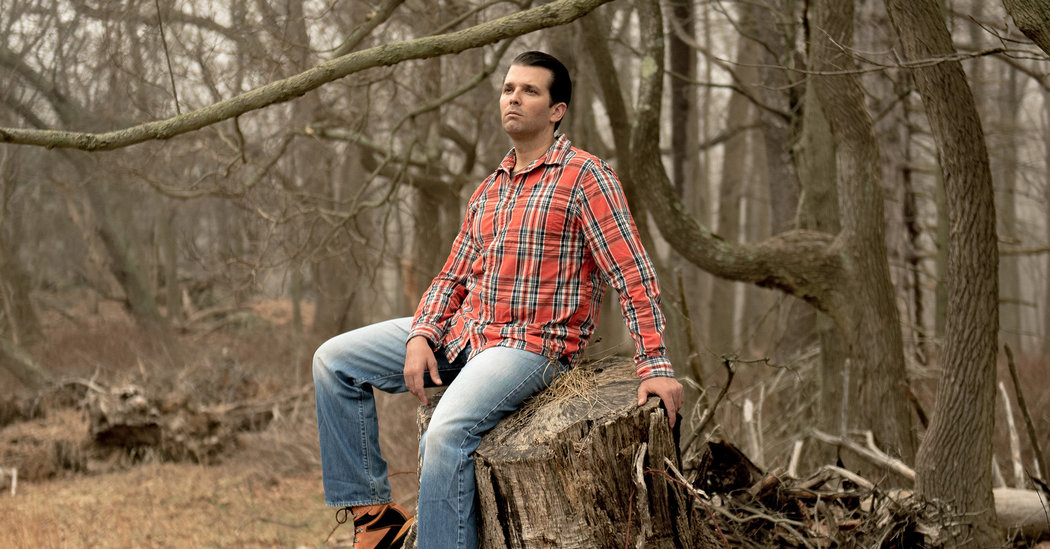 I am still of the opinion that someone wants Donald Trump Jr. to be the fall guy for "Russia" and "collusion" so that big daddy can stay president and write a bunch of pardons over the Christmas holiday:

Before arranging a meeting with a Kremlin-connected Russian lawyer he believed would offer him compromising information about Hillary Clinton, Donald Trump Jr. was informed in an email that the material was part of a Russian government effort to aid his father’s candidacy, according to three people with knowledge of the email.

The email to the younger Mr. Trump was sent by Rob Goldstone, a publicist and former British tabloid reporter who helped broker the June 2016 meeting. In a statement on Sunday, Mr. Trump acknowledged that he was interested in receiving damaging information about Mrs. Clinton, but gave no indication that he thought the lawyer might have been a Kremlin proxy.

Mr. Goldstone’s message, as described to The New York Times by the three people, indicates that the Russian government was the source of the potentially damaging information. It does not elaborate on the wider effort by Moscow to help the Trump campaign.

Treason comes at you fast, doesn't it? Whoo!

There are numerous examples of Trump-related flunkies telling us there was no collusion and no meeting with the Russians. Guess what? They're all liars! Isn't that shocking?

Here's what else is shocking to me--no one has brought impeachment charges against Donald Trump to the floor of the U.S. House. If we were sitting where we are right now and if everything we now know about the Trump campaign were even half true of Hillary's campaign, and if she had won, this country would be in the throes of debate before the Chief Justice of the Supreme Court as to which prison to lock the Clintons up in.

When is enough enough? When is there going to be enough treason for people to see the light at the end of the tunnel? How much longer do we have to suffer with this?