Treason is the New Normal 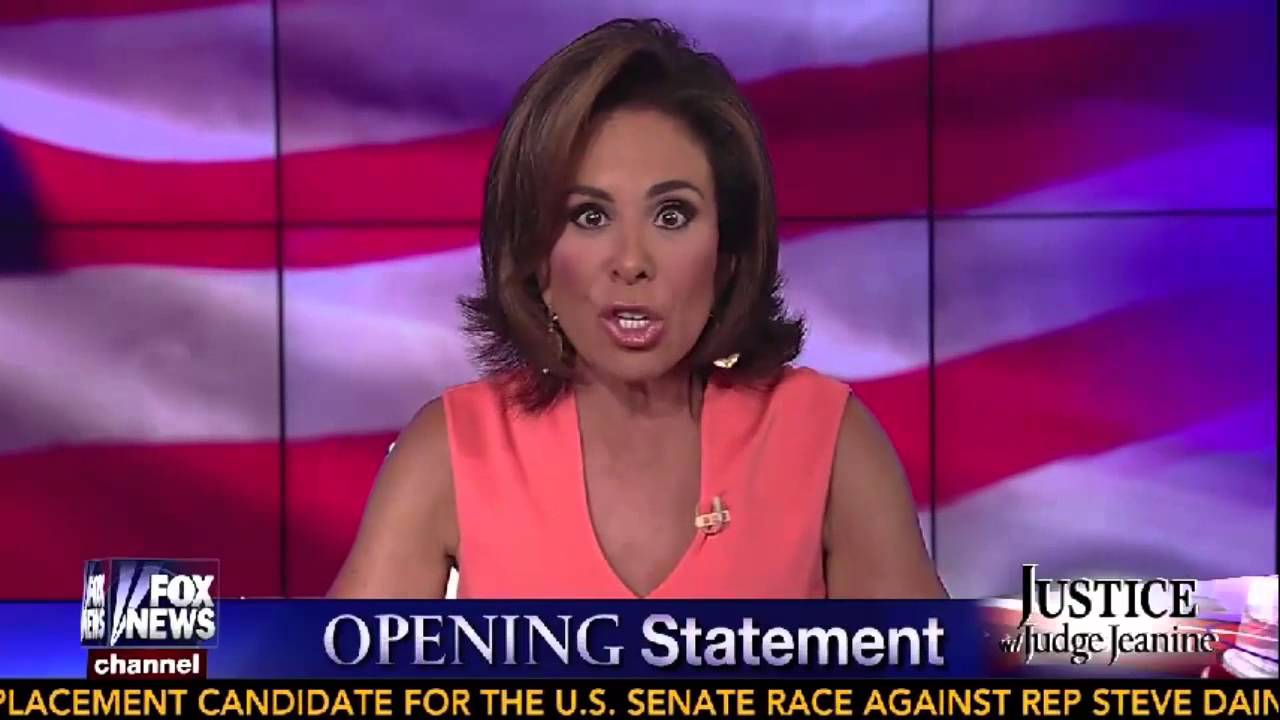 Fox News host Jeanine Pirro defended Donald Trump Jr.’s meeting with a Russian lawyer during the 2016 election who promised him damaging information on then-Democratic nominee Hillary Clinton, saying she would have done the same thing.

“As someone who’s run for office five times, if the Devil called me and said he wanted to set up a meeting to give me opposition research on my opponent, I’d be on the first trolley to Hell to get it,” Pirro said Sunday on “Justice with Judge Jeanine."

“And any politician who tells you otherwise is a bald-faced liar.”

The Fox News host also defended Trump Jr. against accusations that he had broken a law by setting up the meeting.

“There is no law that says a campaign cannot accept information from a foreign government,” Pirro said.

This is laughable. It's just partisan politics as expressed by someone completely and utterly devoid of ethics or values. You can be rest assured that this is what Judge Jeanine believes right now; in a few years, she'll believe the complete opposite and won't remember the stance she took today.

It's fun to watch them do backflips, isn't it? Not just Judge Jeanine but all of them--all of the people selling out their country right now to defend Donald Trump are simply a manifestation of how ugly and dishonest human beings can get when faced with facts that are inconvenient.

UPDATE: Some day soon, I'll do a separate post that will lay out my answer as to this question:  Was the collusion with Russia an act of treason?

My contention is yes for a number of reasons.

1. Republicans have accused Democrats of treason for decades for much, much less, so this is not anything any liberal, circa 2017, has invented out of nothing. Many of the accusations of treason against Trump's regime come to us from conservatives who served in the Bush I and Bush II administrations.

2. Treason can only occur in war time. The Russian cyberattack on America was that act of war, in my opinion, but more importantly -

3. - to seize the presidency itself is an act of war; we are not talking about winning a Senate seat in the middle of nowhere or Dana Rohrabacher's Congressional seat (R-Putin). We are talking about the vast war-making powers of the Executive Branch that are relevant to an existential attack on the United States. During Abraham Lincoln's presidency, the continued existence of the United States was under assault; suspension of Constitutional protections was deemed necessary in order to preserve the Union.

I believe we have witnessed the wholesale seizure of the Executive Branch of government by a foreign power. The Founding Fathers, who are oft abused when cited, would be appalled by this and would consider it an act of war by one of the European powers if they had accomplished this in their era. This includes old Imperial Russia, where John Quincy Adams was our minister:

[President] John Adams, sent him to serve as the secretary to Francis Dana, who was being dispatched to Russia to seek aid for the revolutionary cause. Catherine the Great refused to receive the American emissary, and neither diplomat nor secretary had much to do. But this remarkably perspicacious boy paid close attention to the world into which he had been cast. “The Sovereign,” he wrote to his mother Abigail, “is Absolute, in all the extent of the word. . . .And the nobility have the same power over the people, that the Sovereign has over them. The Nation is wholly composed of Nobles and Serfs, or in other words, of Masters and Slaves.” The system, he wrote, is disadvantageous even to the ruler, for the nobles continually rebel against absolute power.  Young though he was, Adams was very much a republican in the land of absolutism.

Do you not feel like a slave when treason removes the rule of law from every aspect of your own government?