This Horrid Wretch Lies About Everything 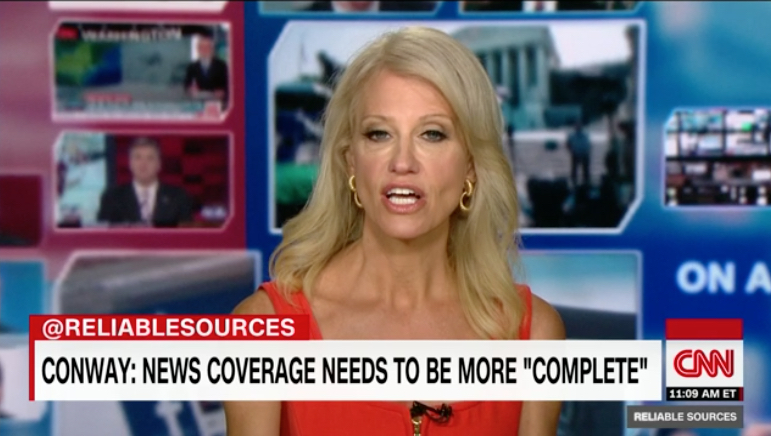 They shouldn't even put Kellyanne Conway on television anymore:

Kellyanne Conway tells CNN's Brian Stelter that she disagrees with the level of attention the media is giving to Russia's interference in the 2016 election.

If you look at the video, Stelter is outmatched. He cannot compete with her because she is giving him a full court press in the art of lying while talking over someone while remaining calm in the face of any pushback. She lies so effortlessly that there really ought to be a psychiatric condition for it that takes being able to do so on television into consideration for the very definition of the affliction.

Everything about this is appalling. I have tried to defend CNN but, really. What kind of ratfuckery is this? They have Conway on to talk about how coverage of Donald Trump's treasonous interactions with the Russian intelligence services is "overblown?" This is the most important political scandal in American history. These are the same people who spent all of 2016 making something out of the tremendous nothing that was Hillary Clinton's E-mail server.

CNN and this White House are performing a danse macabre over the declining prestige of America. They're killing this country--the media is not doing its job and the Trump people want to expire it so they can raise up an authoritarian replacement. Does any of this look like the country in which we were raised? If you're older than 40, you cannot look at what's happening and conclude that this is the same country it was a few short years ago.

Shame on CNN for putting this despicable woman on television. They only time Conway should be on television is so she can be laughed at for being such a foolish liar.