The Gun Industry is Collapsing 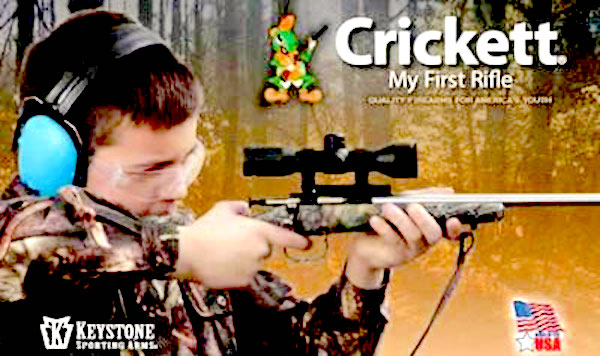 Here's a very important article from The Nation:

﻿[...] the Obama administration provided an eight-year sugar high for the industry, with imagined fears of a nationwide gun-confiscation program fueling sales. Particularly after the Sandy Hook massacre in Newtown, Connecticut, in 2012, industry profits boomed: There were 19 straight months of increased year-over-year sales, according to FBI background-check data. (There is no public tracking of gun sales nationwide.) But as soon as Trump was elected, stock prices for the major gun companies plummeted, and they haven’t fully recovered. In April, a full third of the outstanding shares in Sturm Ruger, for example, are short bets.

“In the firearms segment, we’ve experienced the expected slowdown in demand for modern sporting-rifle products and handguns post the presidential election,” said Steve Jackson, chief financial officer of the Remington Outdoor Company, which now owns some of the biggest gun manufacturers in the country. Speaking to investors in an early April conference call, Jackson noted that inventory levels were problematically high, because “retailers and wholesalers expected a different political climate and hunting season that did not materialize.” Most of the publicly traded firearm companies reported similar situations in their first-quarter reports for this year.

As it always does, however, the gun industry has a plan to revive sales. The modern-day gun capitalists have been designing pocket-size concealed-carry weapons that are being marketed as sensible self-defense tools. Annual statements and earnings calls from the major gun manufacturers make it clear that they see small handguns as the innovation that will turn their numbers around. Remington, for example, introduced the RM380 Micro Pistol in 2015 and last year added the “newly enhanced” R51 concealed-carry pistol. A promotional video for the R51 boasts that it has “snag-free sights for an easy draw from concealment.” Most other manufacturers are bringing similar products to market.

Seen in this light, the NRA’s aggressive campaign for concealed-carry laws—even as it pushes liability insurance for concealed-carry users—reveals it, at heart, to be a trade group whose sole mission is to boost sales for the industry that largely funds it. The same is true of the Trump administration’s immediate moves to increase hunting spaces on public lands and to allow the use of lead ammunition there.

The gun industry now aims to expand its marketing reach beyond the men who reliably purchase its guns. At the Republican National Convention last July, the NRA’s top lobbyist, Chris Cox, delivered a prime-time speech about why more women need personal-safety weapons. “Imagine a young mother at home with her baby, when a violent predator kicks the door in,” Cox said. “Should she be able to defend herself with a firearm in her own home?” The NRA recently hired Dana Loesch, a highly popular conservative-media figure, as a spokesperson, and she’s become a ubiquitous presence on television and social media. The gun-control movement has mainly female leaders, who are often framed as concerned mothers; Loesch is clearly a counter from the NRA, which has never really had a prominent female voice. At the convention in Atlanta, the group also promoted its “NRA Women” program, which offers free training to “female gun enthusiasts of all ages and skill levels,” and an NRATV series called Armed & Fabulous.

The gun industry also has its eye on the next generation. New lines of weapons designed for young shooters have been rolling off the production lines, like the Crickett company’s Davey Crickett rifle and other .22-caliber long guns, which often come in bright primary colors and are designed with plastic parts to make them lighter and produce less recoil. Shooting Sports Retailer enthused that these weapons “bring the coolness and fun of the tactical rifle to kids and less serious shooters.” The NRA also has a “family” branding arm that promotes guns to children on its website, including in “the six- to 12-year-old range.”

Loesch, as everyone knows, is an excellent marketer of things that go with the sort of paranoia found in an emerging banana republic. The very enemies she derides as being dangerous today used to be weak-kneed snowflakes who weren't a threat to anyone. Yeah, don't wait around for any of these people to make up their minds.

The threat to children is real, and we've known it for years. You can read about it for yourself.

I can tell you, anecdotally, gun shops in Texas are closing. This is a very, very well-armed population, and there's a huge industry here. They bought guns all the time when Obama was president and they believed he was going to confiscate their guns (never happened). Now that the market has been saturated with bogeyman lies, people are finally starting to wake up to the fact that this is all a gun industry campaign to stoke fear in order to increase sales.

Will the rest of the country figure this out about Trump, too? Well, I sure hope so. I can guarantee you one thing--people have tribal beliefs about this subject. Their minds aren't going to be changed, even if, subconsciously, their buying habits change. They will hold on to their weapons even though they are buying less and less weaponry, and they will not acknowledge being duped by the gun lobby, ever.