So Much For Having an Adult in Charge 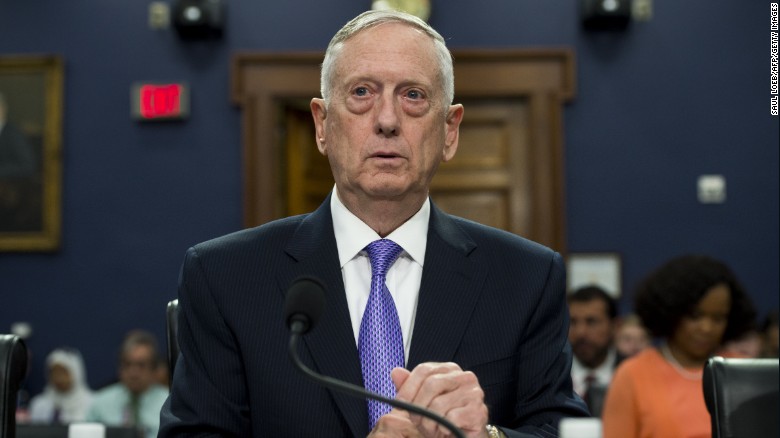 The question that historians are going to ask in the future of anyone who served in this train wreck clusterfuck of an "administration" is, "why didn't you resign?"

James Mattis should have resigned this morning:

President Donald Trump announced Wednesday that he plans to reinstate a ban on transgender individuals from serving "in any capacity" in the US armed forces.

The decision reversed a policy initially approved by the Defense Department under President Barack Obama, which was still under final review, that would allow transgender individuals to openly serve in the military. Defense Secretary James Mattis announced last month that he was delaying enactment of the plan to begin allowing transgender individuals to join the US military.

You do not make defense policy in this manner. You just don't. It's insane and crazy. Mattis has no spine. Mattis has no convictions. Mattis is a willing accomplice in Trump's campaign to destroy the U.S. Military's function in this society as a reflection of the best of us. Serving in the military should make people proud of their country. Who the fuck is proud of their country right now?

Mattis should have taken a stand for decency. Instead, he pockets the cash they're paying him and he waits for his chance to disappear into the folds of history with his place secured. When did America start producing nothing generals without courage or conviction? We seem to have ended up with a bunch, and Trump owns their asses. They are "his" generals. They do not serve the republic and they do not serve the American people. They are a cabal of small, small men. 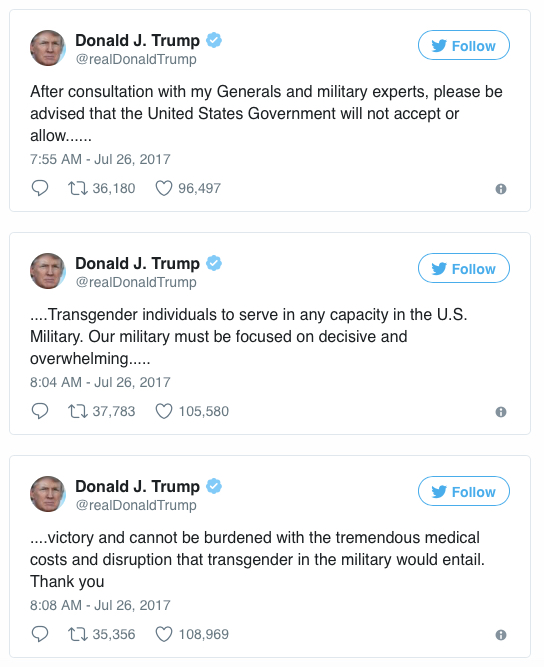 This is bigoted, boneheaded, and mean. This is the President of the United States hurting people on purpose because he can. Fuck this shit.

The answer is, no, Hillary would NOT have approved this and she would NOT have done it over the course of three Tweets. We cannot have nice things, we will not see a normal day anytime soon, and I hope to God the courts are paying attention and someone smarter than me has a plan to use the law to overturn this disgusting abuse of power.