Six Days That Will Live in Infamy 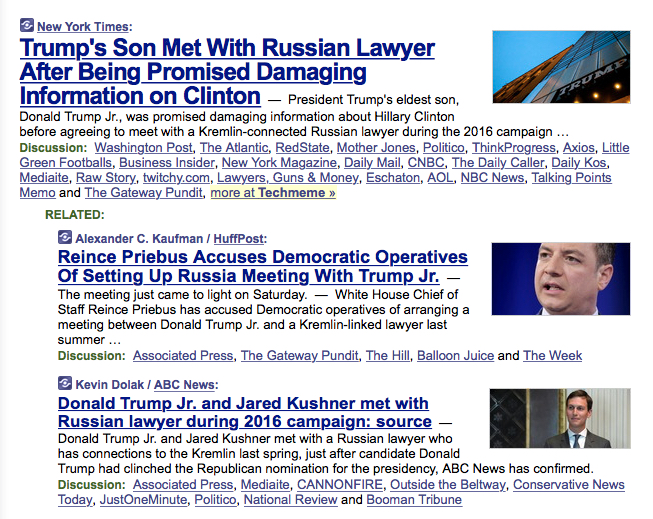 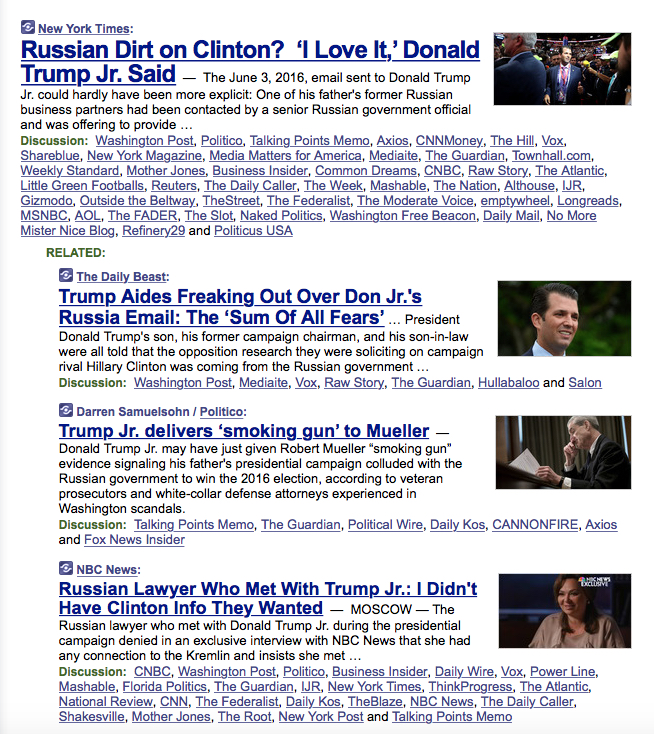 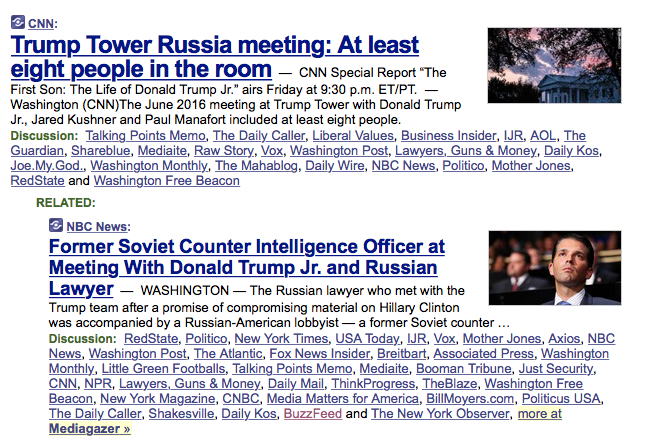 Look at the change in the media narrative from Sunday to Friday. This has been a devastating week for truth, honesty and transparency in this country.

Let's step away from the partisan reality that we face right now. The president's son accepted a meeting with some Russians in order to get damaging information on the candidate opposing his father for the presidency? And we're sitting here and nothing has been done about it? No one has been arrested, no one has resigned (it's about 7PM Eastern so who knows?), no one is bringing charges, there is no Grand Jury (ignore the crazies who talk about sealed indictments and the Marshal of the Supreme Court)?

This is beyond ludicrous. This is beyond a bad plot twist in a cheap movie. This is the decline of America as a country where serious shit gets done on behalf of the American people. This is the stuff of a banana republic where el presidente's son has been caught stealing ladies underwear from a clothesline on the wrong side of town after huffing glue.

We will pay a significant price for this eventually in terms of lost opportunities and lost chances to accomplish something. We are not even treading water at this point. Everything Trump has touched has caught fire and burned and now the whole thing is sliding beneath the waves.

When will normalcy return?