Peter Smith Tweeted Something in December Everyone Should Read 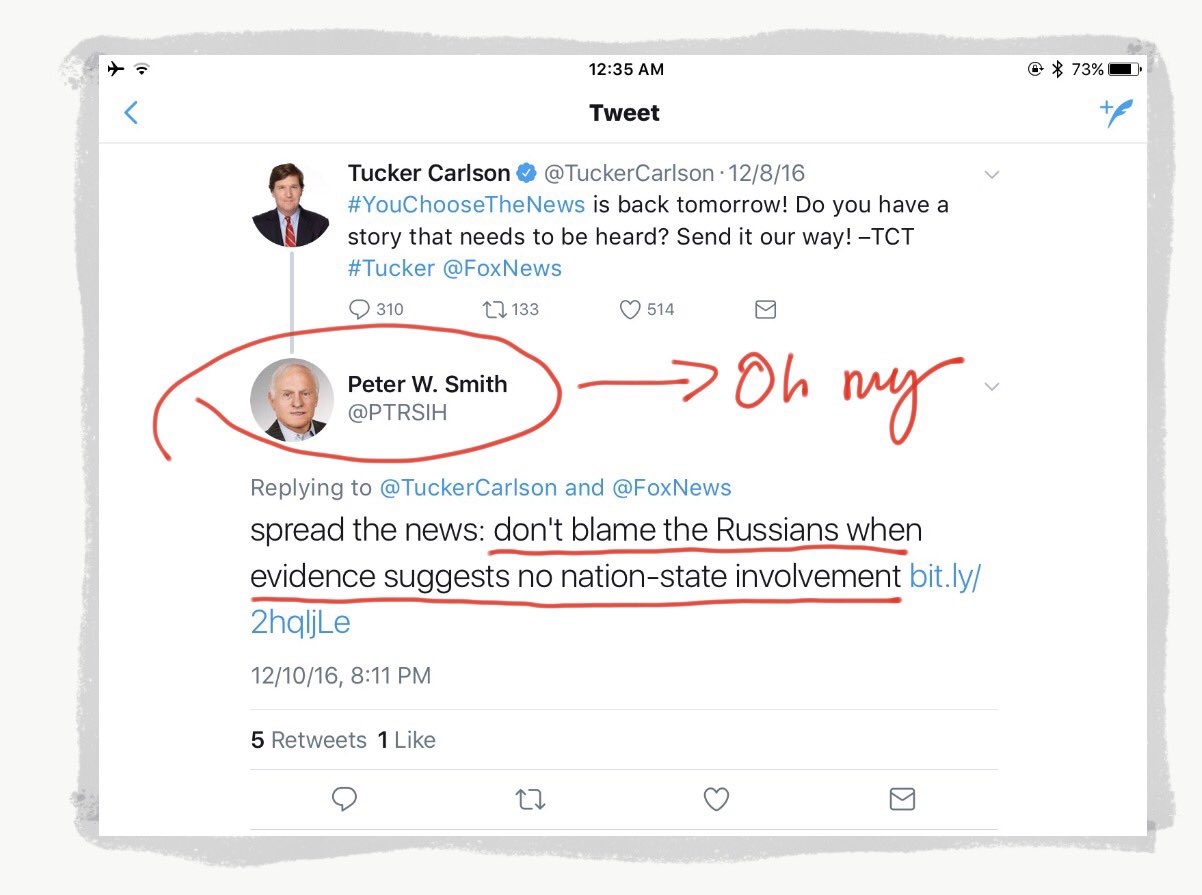 Here you have a known Republican dirty tricks operative trying to get people to think Russia wasn't involved in electing Trump president. This is because he was working with Russia to sink Hillary Clinton's chances and throw the election.

That's what that means.

It means treason for everyone involved.

Now, I think we all get the context here. Smith was a Republican conspiracy crank who was wired into the Trump campaign. He reached out to anyone who could help him obtain Hillary's E-mails, but, ultimately, failed to acquire them. Meanwhile, the Trump campaign was up to its own ass in collusion with people like Smith and people working on behalf of the Russian government. Smith's tweet was intended to urge toadies like Tucker Carlson to shift the blame away from the Russians because, well, they were in on it.

As in, helping the Trump campaign commit fraud, treason, and probably some form of money laundering.

Wait, treason is the worst of those three, right? It's getting so I can't even remember what having a loyal government looks like.

Reverse the party affiliations here. A now-dead Democratic Party operative wass running around trying to stop Trump from getting elected, so he used Russian hackers to steal Trump's property in order to embarrass him in front of the country for the purposes of winning the presidency. Yeah, it just boggles the mind that Trump isn't already in prison next to Pence, Bannon, and the rest of them.

Honest to God, I expect the firing of Robert Mueller to happen any minute.