Jared Kushner Is Lying and Everyone Knows It 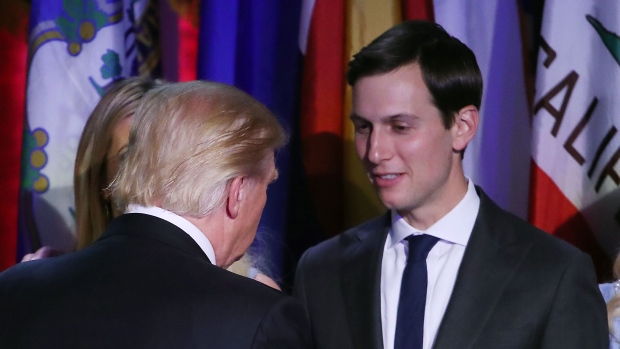 Jared Kushner's statement prior to being interviewed by members of the House and Senate is going to be one for the ages. After multiple revisions and multiple disclosure form updates and multiple times being caught lying, we're now supposed to accept what he's saying as "the truth." The problem is, Kushner wouldn't know the truth if it bit him in the ass. He has zero remaining credibility. He has no right to expect anyone to believe anything he says now that we've seen how he operates in the public sphere.

The attitude expressed here is, "you're all dumb and I can lie to you all I want and get away with it."

In an 11-page statement released early Monday, Jared Kushner, President Trump’s son-in-law and senior adviser, declared “I did not collude, nor know of anyone else in the campaign who colluded, with any foreign government.” Kushner’s statement will be delivered during a closed-door meeting with congressional investigators this week. Kushner also said that his June 2016 meeting with Donald Trump Jr. and Russian lawyer Natalia Veselnitskaya was such a “waste of time” that he had an assistant pull him out of it. “No part of the meeting I attended included anything about the campaign, there was no follow up to the meeting that I am aware of, I do not recall how many people were there (or their names), and I have no knowledge of any documents being offered or accepted,” he wrote.

Do you know what this means? It means that I can guaran-fucking-tee you that the Trump campaign colluded with the Russians. I know this because they've already floated trial balloons that say that collusion wasn't illegal and so what if they did. When Kushner says they didn't do it, that means they did it and he, personally, thinks people are stupid enough to believe him. Talk about a guy out of his element. How much wiggle room are they going to give him? Zero, that's how much.

Any Senator or Representative who believes Kushner is in on this. Anyone who thinks that nothing went on at this stage of the game is never going to be convinced by facts or evidence. The game is up and someone needs to nail this little shit to the wall after he gives his sworn testimony.

Isn't it obvious? The U.S. intelligence community knows what went on. There's already a body of evidence that demonstrates what happened. If they're willing to tell us what Sergey Kislyak said on his secure phone to Moscow, then what they have in hand is going to blow our minds when it all comes out. They're waiting for all the little Trumpkins to make their formal, legal statements to Congress so that Bob Mueller can line them up and knock them down, one by one, and charge them with whatever will stick.

Today, Jared Kushner puts his foot in the trap. It ought to be hilarious watching them spin this tonight.