Hang Those Votes Around Their Necks 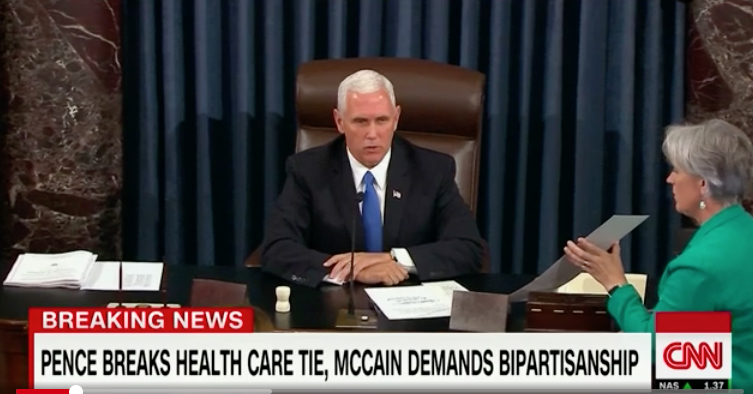 When you vote to do something evil to the American people, it's only fitting to have an albatross to carry around for the rest of your miserable political career:

Senate Republicans voted to advance to floor debate on their efforts to repeal and replace Obamacare.

In a dramatic moment, Sen. John McCain returned from Arizona to applause from fellow senators. He cast a necessary Republican vote for the motion after two GOP senators -- Susan Collins and Lisa Murkowski -- sided with all Democrats in opposition.

As the vote began, protesters in the Senate gallery shouted "kill the bill" and "shame, shame, shame!"

Are they going to have this level of courage when all is said and done? I doubt it. I doubt that they will succeed in destroying Obamacare simply because far too many people have been pressuring Senators to save it. I doubt very much that a heavily damaged Trump has any juice at all. This was McConnell telling his people to give him one so that they can be free to vote to save themselves.

Well, fuck that. This vote should be hung about their necks and while I'd like to see attack ads for everyone who voted Yes, I want to caution people. Having a lot of television money doesn't mean much if you don't have a motivated turnout to vote for you.

At the end of the day, all you can do is get ready for the next fight. We have to save Obamacare. We have to keep up the pressure. In the short term, tell them what you think. In the long term, resolve that every single Republican needs to be voted out of office as soon as possible. You can complain, you can stamp your feet and holler, but, really, the Democratic Party should be converted into a massive voter registration machine. Instead of spending millions on attack ads, hire competent people to register people to vote, coordinate with them during the primary and Election Day process, and then act as a massive get-out-the-vote machine.

Right now, a savvy person who can register a thousand people to vote legally and reliably in a swing state is worth more than any consultant sitting on K Street.