Go Ahead and Pardon Everyone 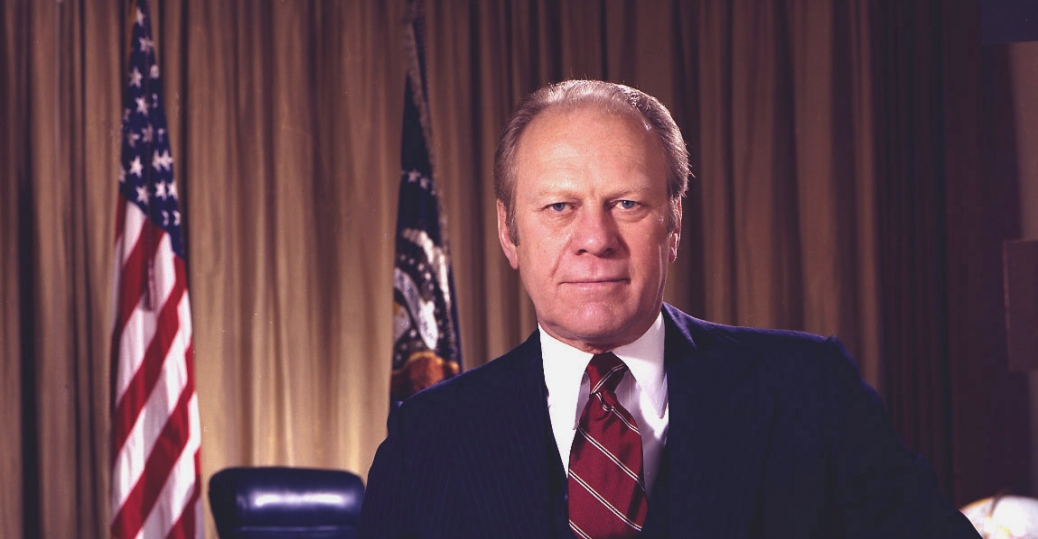 Due to the fact that a mobbed-up clown is sitting in the White House, I thought it would be interesting to revisit President Gerald Ford's pardon of Richard Nixon:

President Gerald Ford was never one for second-guessing, but for many years after leaving office in 1977, he carried in his wallet a scrap of a 1915 Supreme Court ruling. A pardon, the excerpt said, "carries an imputation of guilt," and acceptance of a pardon is "a confession of it."

Ford's decision to pardon Richard Nixon for any crimes that he might be charged with while president because of the Watergate crimes is seen by many historians as the central event of his 896-day presidency.

It also appears to have left him with an uncharacteristic need for self-justification, though friends say he never wavered in his insistence that the pardon was a wise and necessary act and that it had not resulted from any secret deal with his disgraced predecessor.

"I must have talked to him 20 times about the pardon, and there was never a shred of doubt that he'd done the right thing," said James Cannon, a Ford domestic policy adviser and author of a 1994 book about his presidency.

During one of their discussions, Ford pulled out the clipping from the Supreme Court decision, Burdick v. United States. "It was a comfort to him," Cannon said. "It was legal justification that he was right."

An "imputation" of guilt rests at the foot of every pardon, in my opinion, and while that may mean you are legally free from the ramifications of what was done, you are not politically free of the guilt that goes with it. I bring it up because of all of this rage tweeting:

President Trump lashed out at the media in a Saturday morning tweetstorm, insisting his authority to issue pardons is “complete” and expressing frustration over stories that revealed Attorney General Jeff Sessions may have lied about his contacts with Russian officials during the 2016 campaign.

“A new INTELLIGENCE LEAK from the Amazon Washington Post, this time against A.G. Jeff Sessions. These illegal leaks, like Comey’s, must stop!” the president tweeted, following up by stating that “While all agree the U. S. President has the complete power to pardon, why think of that when only crime so far is LEAKS against us. FAKE NEWS.”

The tacit acknowledgement the president has been thinking about his pardon power in relation to the Russia investigation, and the qualification that no crimes but leaks had been revealed “so far” raised eyebrows among media observers.

Special counsel Robert Mueller is investigating possible collusion between the  2016 Trump campaign and what American intelligence agencies have said was a Russian effort to help Trump win the White House. In recent days, reports have suggested the president is concerned that inquiry could reach associates, family members, and even himself, and as a result has begun looking into whether he could issue prospective pardons—including whether he could grant himself one.

Yes, the president can pardon people and probably himself (we won't know until he does it!), but doing so would destroy him and his associates politically. To Trump, there is always the threat that someone will jail him, fine him, or force him to pay a large financial judgment. These are the things that are foremost in his mind. There is no consideration whatsoever of political viability because he is drunk on rallies where chuckleheaded fools bray his name and turn out by the thousands to mock liberals and act out their violent, racist fantasies.

I think this is a pretty good signal that there will be no second Trump term in office. Once the economy lurches to a halt, this will pretty much be the end game--remove all legal threats, and ride it out until January 20, 2021.

Between now and then, there's a whole lot you can steal, kids.