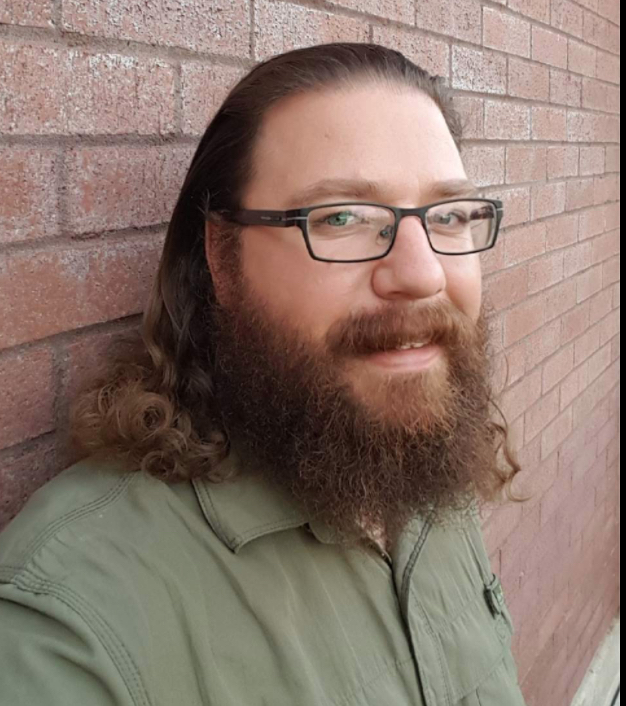 The fact that this was published tells you volumes about how stupid our modern political discourse has gotten.

Read as much of it as you can stand, and then I'll answer it as best I can:

For the past 40 years, the Democratic Party as a national organization has systematically abandoned its historic representation of the working class in favor of a wholesale embrace of the professional elite and neoliberal principles that squash workers' representation at all levels of political and workplace engagement, and enhance the power of the wealthy few to govern all aspects of our lives.

Note the demarcation line - 40 years. In the last 40 years (1977-2017), we have had two two-term Republican and two two-term Democratic presidents. We have had two one-term presidents (Bush I and Carter, one from each party.) We now have Trump, upsetting the balance but only slightly. For exactly half of the last forty years, organized labor has been under relentless assault from Republicans. The only reason why we still have organized labor in this country is because of the Democratic Party. In each and every Republican Administration, organized labor has been attacked; that pressure was relieved under Clinton and Obama. However, with Republicans in control of the House and Senate for better than half of each of their presidencies, organized labor was only helped by the veto and efforts to sustain labor in the states controlled by, ahem, Democrats.

The conservative agenda of exasperating the already dangerous gap between the wealthy and the workers at all costs; of stripping away all basic services so the richest of the white elite can get more gold-plated hot tub faucets; of eliminating the ability of workers to organize and gain an effective voice over how they should be treated and what their labor is worth; of perpetuating the mythical inferiority of racial minorities and women, banishing them to generationally perpetuated ghettos and kitchens; these haven't been Republican-only initiatives.

Yes, they have. Republicans have exacerbated the gap between rich and poor by cutting taxes. This is a beyond-stupid argument in a beyond-stupid context. Clinton raised taxes and the rich screamed bloody murder (so did Reagan! so did Bush I). When the Affordable Care Act raised taxes on the wealthy, it relieved the enormous pressure on the people without health insurance and forced the wealthy to contribute to society. That is what is being dismantled right now by Republicans who have more votes in the House and Senate than Democrats. If Congress were in the hands of Democrats, taxes on the wealthy would remain in place and rules punishing organized labor would be curtailed or stopped. It's that fucking simple.

That would be Bill Clinton, who had to face Republicans who controlled the House. In order to survive, and continue in his efforts to bring peace, prosperity and jobs to people (and don't underestimate that because, well, the subsequent eight years of George W. Bush didn't exactly accomplish the whole peace and prosperity thing), Clinton had to sign things into law that, frankly sucked. This kept the government open, this kept the Republicans at bay, and this allowed him to continue working in areas of great importance (see: peace and fucking prosperity). It's as if the writer of this article thinks legislative policy happens because one man waves his dick I mean finger around. No, it happens when your party has more fucking votes than the other fucking party. Jesus, I would rather be doing something else right now than POLITICS 101.

It was neoliberal Democrats who watched (and frequently voted for) the gutting of pensions, the wars resulting in the deaths of hundreds of thousands of human beings, the ability of the executive branch to assassinate a citizen without a trial, the militarization of police, the fall of worker wages and skyrocketing compensation for the wealthy, the deregulation of Wall Street, and the ongoing privatization of public education.

This is laughable. The president took the country to war based on lies; the political price for that rendered him ineffective for the rest of his presidency. George W. Bush wasn't enabled by Democrats--he was enabled by Republican majorities that passed legislation that he signed into law except for one thing: Social Security was NOT privatized under Bush. The people who stopped the privatization of Social Security were Democrats. Of every policy initiative Bush undertook, this would have been the most catastrophic. It would have taken everyone's retirement savings and thrown them into the casino of Wall Street (which was de-regulated because Republicans rammed it down Bill Clinton's throat).

Do you see a pattern here? If you understand that good liberal policies only happen when there are more Democratic votes than Republican votes, you might get the impression this asshole does not know what he's talking about.

While these neoliberal elites who control the Democratic Party may spout off the occasional pro-worker rhetoric, or add a seemingly friendly plank to the entirely meaningless party platform, their agenda and their results are clear. The status quo doesn't work for the people, and pretending like it does isn't just insulting to those who don't live in the party bubble, it's demonstrably ridiculous. As of December, the Dems have lost 900-plus seats in state legislatures, 12 governors, 69 House seats and 13 Senate seats in the last eight years alone.

They actually do vote against their interests! Have you been to Kentucky or Kansas or Florida? They vote against their economic self-interests every single fucking time they have a chance because the media has never been able to explain to them that when you vote for the guys who give tax breaks to the rich, you're voting for the guys who just picked your pocket and gave it to people who already have too much money.

The idea that Trump is somehow unique, or distinctly worse than other conservatives in his policies is laughable. If Trump were to be impeached today, the same agenda would continue rolling forward without a moment's pause, because for all the posturing of House Speaker Paul Ryan, or Sen. Orrin Hatch or Rep. Mia Love, the ideas Trump is pushing is exactly what they have been advocating for years — albeit with much more disguised and sophisticated rhetoric. The only difference seems to be the more overtly authoritarian, racist and sexist rhetoric Trump uses and the boneheaded clumsiness of his incompetent staff.

The way forward should be clear: If you want to stop the conservative and neoliberal laissez-faire capitalist agenda destroying the nation, go after the Democrats. Throw out the neoliberal oligarchs controlling the party with tomorrow's trash.

In order to save America, we have to let Republicans burn it down because "neoliberal" Democrats are the real enemy? Really? This is absolutely fucking stupid.

What I'm responding to here is an individual who sees every so-called "setback" as only one thing and one thing only--an example where Democrats sold out the country. Nothing could be further from the truth. The article stands completely in ignorance of how the Legislative branch functions. Hillary Clinton was really a chance to continue the awesome gains of the Obama era and sustain actual liberalism in this country. We have to resist and fight back and find a way to save the ACA and prevent the destruction of our environment.

To do that, we're supposed to vote for Republicans? Uh, no.

Here's how the world really works.

Do you want liberal policies? VOTE FOR LIBERALS. Everywhere. In all parts of the country. In all 50 states. Demand that the DNC support a 50 state strategy. Demand that they recruit candidates who can win in the red and purple states (this means accepting candidates that have some conservative leanings that would otherwise not work in solidly blue states).

The person who can win a Senate seat in New York or Minnesota is going to be a different kind of Democrat in Missouri or Louisiana. To win a Democratic seat in a red state is a real accomplishment. Don't be unrealistic and think that that person has to be to the left of Che Guevara. Accept that they have to appeal to a more centrist electorate. I realize that, for smart people, this is a no duh moment. But, Jesus Christ, look at how stupid this article is!

You have to build something larger than a one-person far left utopian paradise. You have to move beyond the simplistic view that all Bernie had to do was say free college for all and it would just happen out of thin air. No, it wouldn't. It would be stopped in Congress by people smart enough to build a coalition against it.

What do you do? You build larger legislative majorities in the House and Senate that can move liberal legislation forward by SELLING OUT SOMETIMES to appeal to centrists! Oh no! Selling out is bad, right? Well, yeah, but no. Sometimes, you have to compromise and go from FREE SHIT FOR EVERYONE to a more modest proposal of helping people with the first two years of college by enacting a program that gives them the financial assistance they need to go to school and work (like the 21st Century GI Bill for people who aren't Veterans).

Then, do something smart! Elect a president who is somewhat liberal or kind of a centrist. Any shade of Democrat will do. Really! Because when one party controls Congress and the presidency, they make the other side eat a shit sandwich. Do you want Senator Elizabeth Warren to sponsor legislation that protects workers and the rights of consumers and that regulates the banks? Well, you have to vote for her! And then you have to vote for people who will represent other areas of the country who will see the political benefit of joining her as part of a larger movement to move legislation through the Congress so it can be signed by a president who is on the same page. You have to swallow your inherent purity and vote for people who piss you off sometimes! You have to grow up and accept that you can't have everything you want all the time every time!

Your vote is not a consumer good. You don't sell it to the purity pony who will give you everything. You trade it for the promise of getting some of the things you want. You can push to make it leftier, but if you're in a red state, you should be happy to vote for a Democrat who can win. Period.

Right now, Americans are eating a shit sandwich because they voted for Republicans. Republicans want to stop Senator Warren from doing all the great things liberals want her to do because she is not on their team. If you say you want to vote Democrats out of office in order to punish them for all the shit Republicans did to you, guess what, chicken butt? You just voted to stop Senator Warren from doing all that cool shit you wanted. The answer is not to vote for more Republicans--how fucking simple is that?

I'm going to have a stroke now.