When is Flynn Going to Flip on Trump? 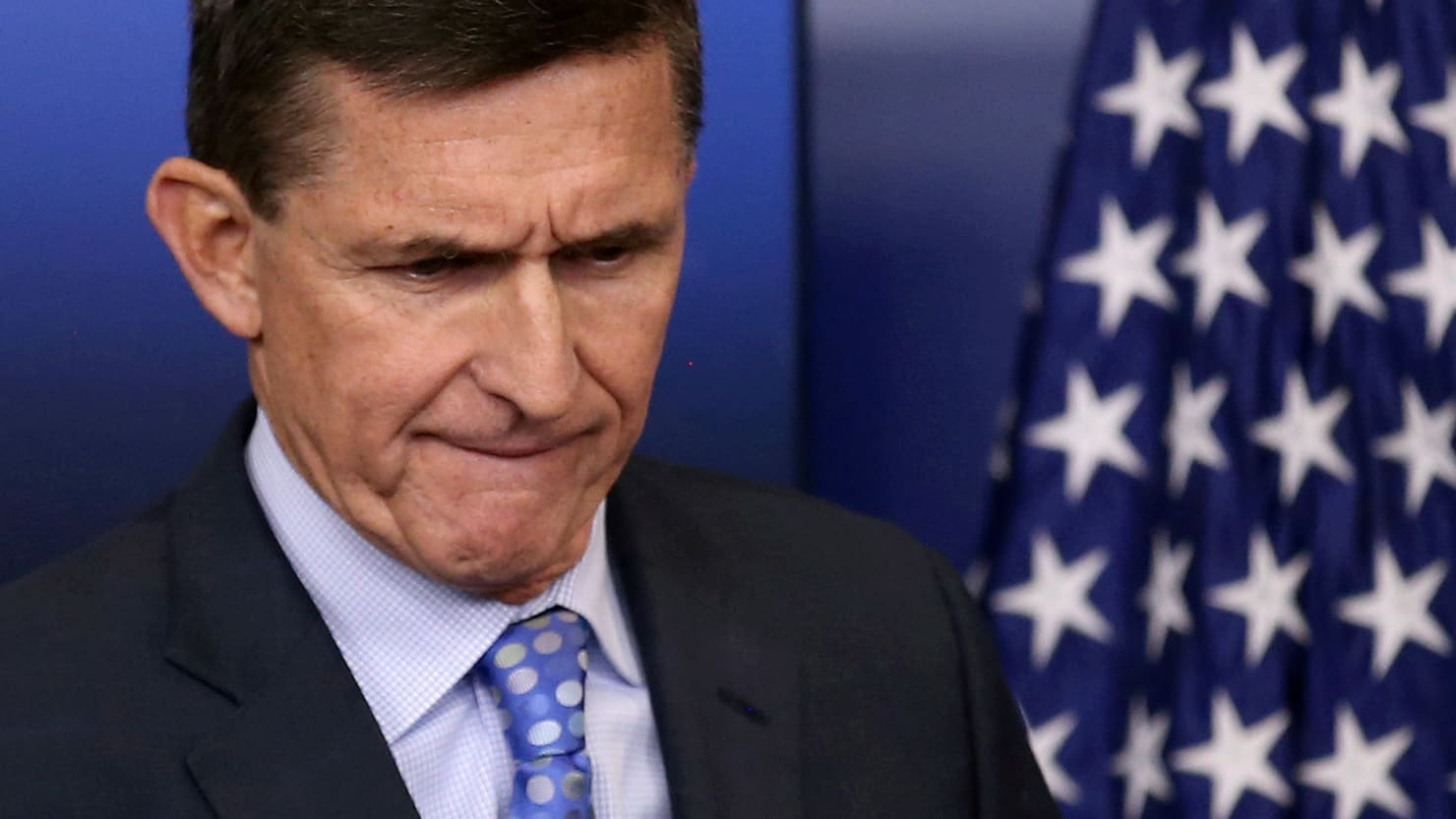 I hope they flip Michael Flynn and take away the stars he earned and leave him with a prison sentence of at least twenty years:

The federal investigation of possible ties between the Trump presidential campaign and Russian officials now includes a grand-jury investigation into former National Security Adviser Michael Flynn. According to Reuters, three sources said the investigation—led by newly appointed special counsel Robert Mueller—will expand to look into Flynn’s paid work as a lobbyist for Turkish business magnate Ekim Alptekin in 2016, in addition to the highly scrutinized contacts between Flynn and Russian officials before Election Day. According to Reuters, “Alptekin’s company, Netherlands-based Inovo BV, paid Flynn’s consultancy $530,000 between September and November to produce a documentary and research on Fethullah Gulen, an exiled Turkish cleric living in the United States.” As such, a Virginia-based grand jury has issued subpoenas to several Flynn associates involved in the work.

Never forget that ALL of Trump's people are corrupt and willing to commit treason to make money. There is something useful about a 'sex scandal' when it comes to American politics, but the Trump thing really doesn't have that angle. If Flynn and his companions were really into Russian or Turkish girls and were filmed doing something naughty, that'd be one thing. But, really, at the end of the day, wave a dollar bill in their faces and they'll sell out their country on the spot. That seems to be where this is going. Oh, but Turkey is a NATO ally. Well, that changes nothing.

Once Flynn has been indicted, everyone else will start to panic. The Russians are really good at leaving dead bodies around, remember that, too. I'm surprised they haven't started doing their "wet work" on our shores as of yet. Maybe soon.