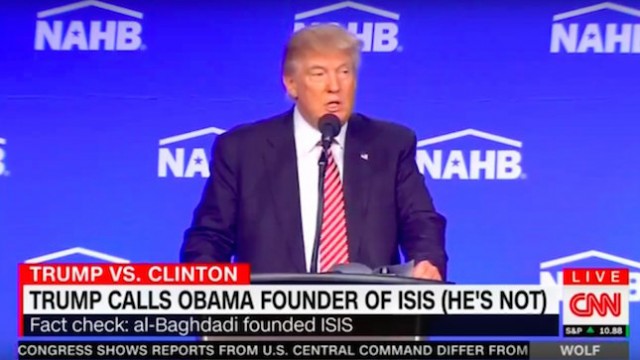 The Butthurt ringleader of the free world wants to sue CNN:

President Trump told supporters he wanted to sue CNN at a private fundraiser on Wednesday, according to audio released by The Intercept.

“Boy, did CNN get killed over the last few days,” the president said, referring to a retracted story that linked Trump ally Anthony Scaramucci to a Russian investment fund, triggering resignations at the outlet.

“It’s a shame what they’ve done to the name CNN, that I can tell you,” continued Trump, who frequently refers to the network as "fake news."

“But as far as I’m concerned, I love it. If anybody’s a lawyer in the house and thinks I have a good lawsuit — I feel like we do. Wouldn’t that be fun?” he said.

The president’s comments come as tensions have flared between the administration and the media.

I mean, where do you even go with such delusional thinking? Where do you come up with a response to that? There's nothing in the manual, and I can tell you that, because I've looked.