This is Why the British Aren't Sharing Intelligence With Us 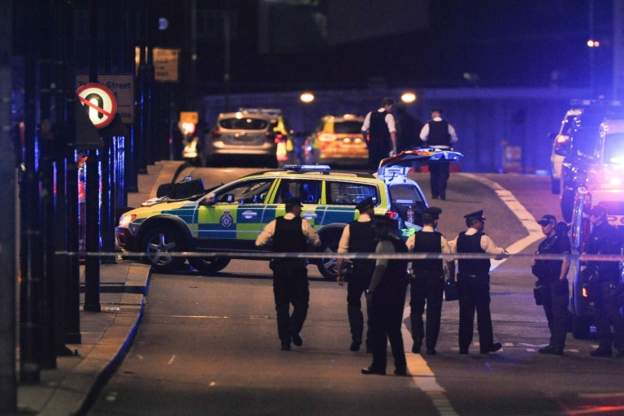 There has been another terror attack in London, and it's just awful. Tragic. A tragedy that has happened in the backdrop of other attacks and an election that shows that the British are divided. Now is not the time for an American president to start using the pain of the British people to damage his political opponents.

Instead of showing restraint, the stumbling bag of circus peanuts who currently occupies the White House decided to use this latest terror incident in London to harangue the U.S. court system: 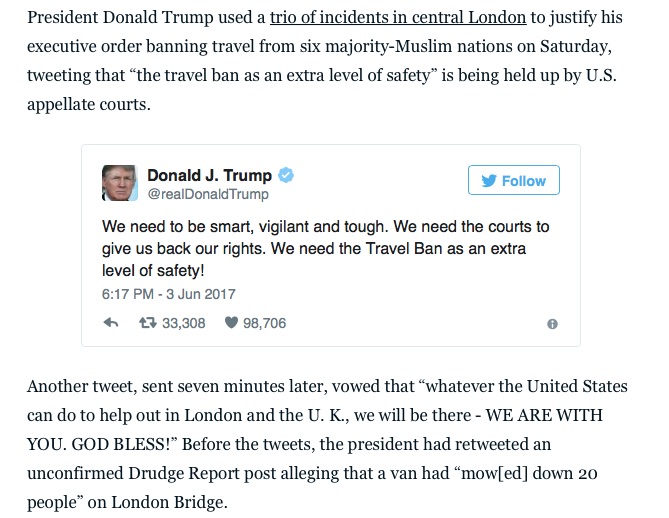 Trump doesn't know anything because the British have stopped sharing intelligence with us. You can see the breaking news updates here. There's nothing to indicate, as of yet, whether or not this is home-grown terrorism or the work of individuals who have infiltrated the country. No one really knows anything yet. Trump has no idea what happened in London because the London Metropolitan police were still working out the details when he decided to start finger banging his phone.

Oh, and then there's the fact that the British aren't sharing terrorism information with us like they used to because Trump can't keep his mouth shut.

Here's a hint for everyone who thinks this is "normal" behavior--you don't use the pain of your ally to score political points at home.

What a fucking jerk.