The Gulf States Turn on Qatar 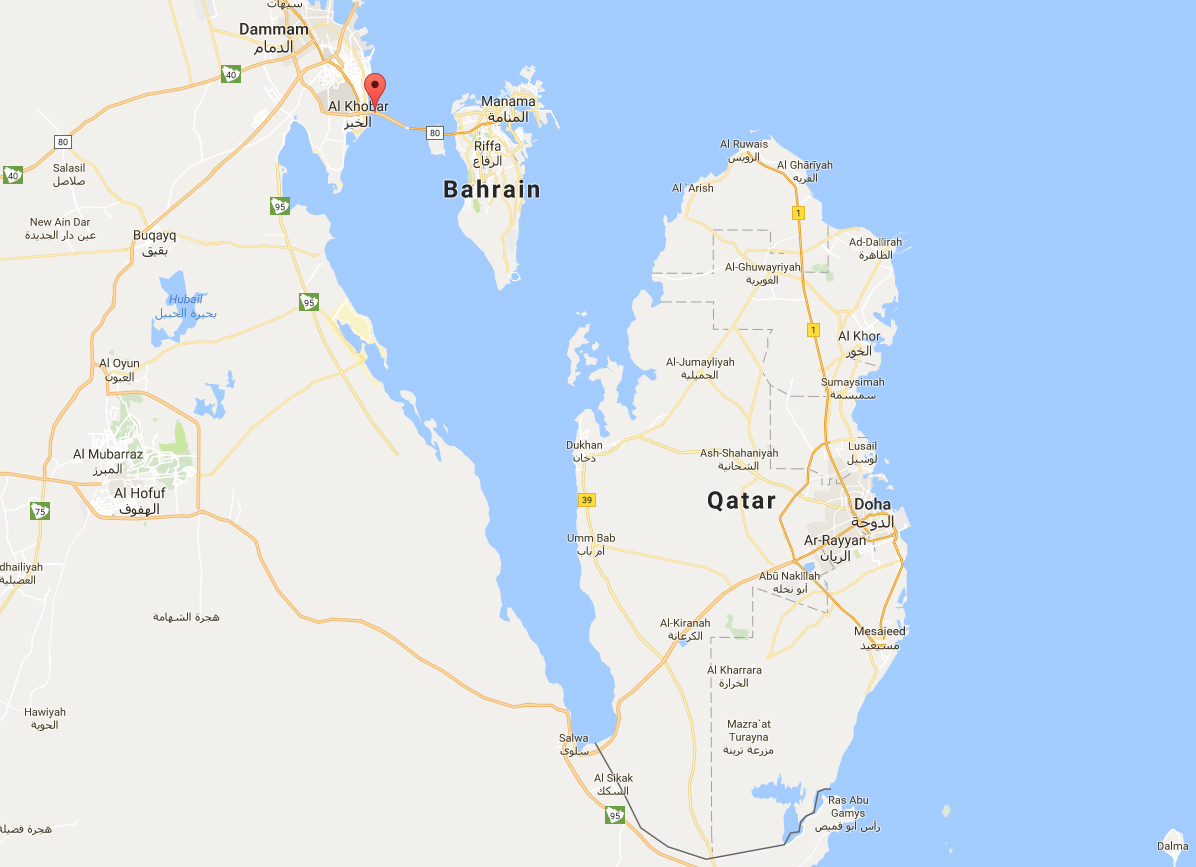 One of the things I am thankful for is the sober leadership of the United States when it comes to dealing with an international crisis--oh, wait:

Bahrain says it is cutting diplomatic ties to Qatar amid a deepening rift between Gulf Arab nations.

Bahrain's Foreign Affairs Ministry issued a statement early Monday saying it would withdraw its diplomatic mission from the Qatari capital of Doha within 48 hours and that all Qatari diplomats should leave Bahrain within the same period.

The ministry's statement said Qatari citizens needed to leave Bahrain within two weeks and that air and sea traffic between the two countries would be halted. It wasn't immediately clear how that would affect Qatar Airways, one of the region's major long-haul carriers.

Bahrain blamed Qatar's "media incitement, support for armed terrorist activities and funding linked to Iranian groups to carry out sabotage and spreading chaos in Bahrain" for its decision.

There is no longer a functioning U.S. Department of State. There are hundreds of other political appointee positions in the Department of Defense that are empty. The very senior people with expertise and knowledge were replaced by rejects from the comments section at Breitbart. Don't worry, kids. Trump can fix everything with a Tweet because the world respects his power and his influence.

Interesting times, yes? Anyone who thought McMaster, Mattis, and Kelly were going to help us find a better Trump has now been proven incorrect.

UPDATE: Well, that got out of hand fast:

Saudi Arabia has announced it is severing all diplomatic ties with Qatar amid an intensifying dispute that has pitted Gulf Arab states against the small oil-rich country. In an announcement on state-run television on Monday, Saudi leadership said it has already pulled Qatari troops from the war in Yemen, and separate news reports said Qatari citizens were ordered out of the country within 14 days. All land, air, and sea routes with the country were also cut off, with Saudi Arabia urging “all brotherly countries and companies to do the same.” The official state news agency said the decision was made for the sake of “national security from the dangers of terrorism and extremism.” The move comes after Bahrain made a nearly identical announcement earlier on Monday, ordering Qataris out and cutting all transportation links between the two countries. Bahrain accused Qatar of backing terrorism and meddling in its internal affairs. United Arab Emirates and Egypt quickly followed suit, announcing the news within minutes of each other on state-run television. Qatar has been at odds with its Gulf Arab neighbors ever since hackers allegedly published damning remarks falsely attributed to the emir of Qatar last month. Qatar has maintained that the comments were made up and blamed the incident on a “shameful cyberattack,” though its neighbors say the cyberattack revealed support for terrorism among the Qatari leadership.

This is the first full-blown international crisis for the Trump regime. God have mercy on us all.