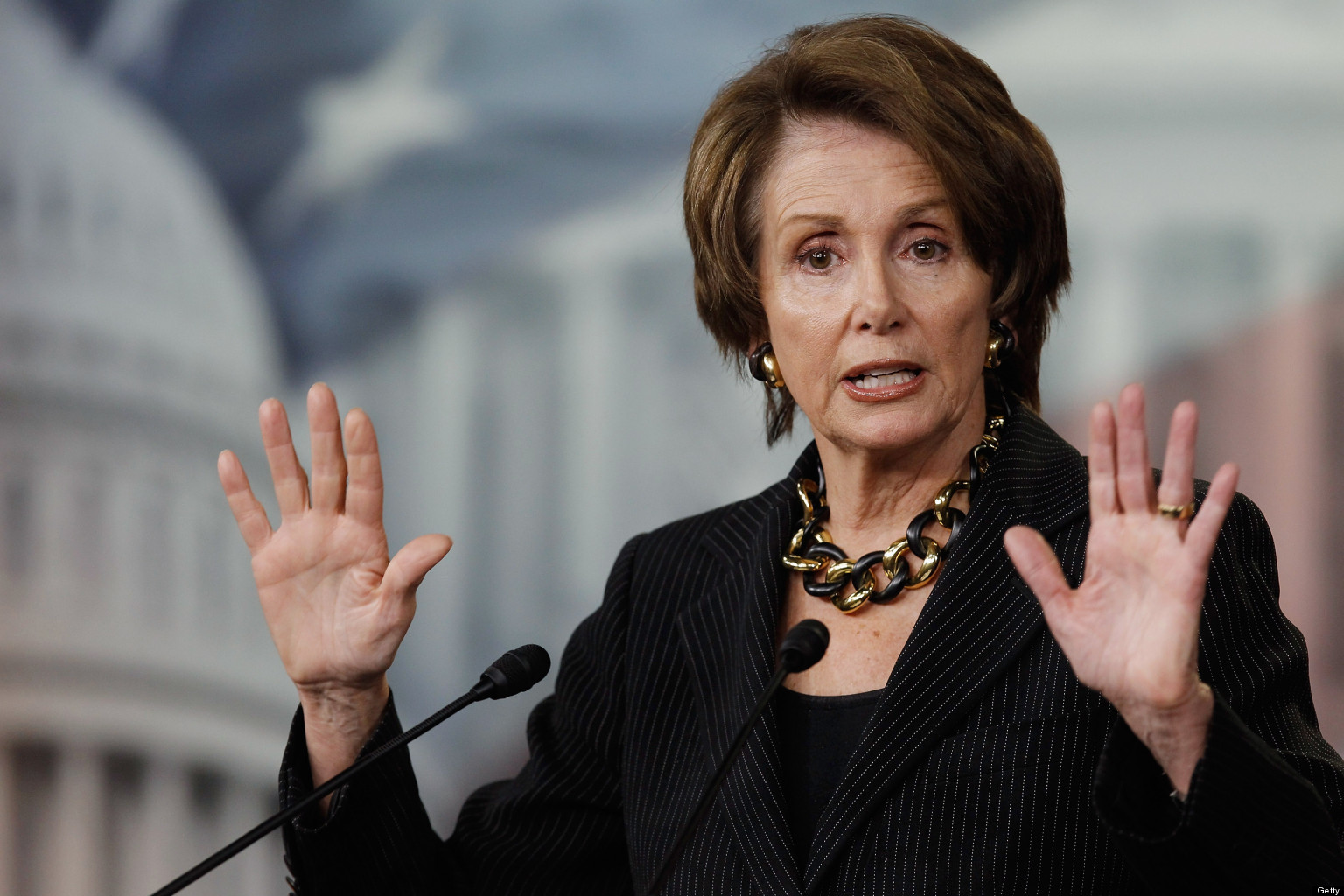 Despite bullshit like this, House Minority Leader Nancy Pelosi is still the best legislator in Congress by a country mile:

A small group of House Democrats are publicly saying it's time for House Minority Leader Nancy Pelosi to step aside as the face of the party ahead of the 2018 midterms following Tuesday night's disappointing loss in a special election for a Georgia House seat.

Rice attended the closed-door House Democratic caucus meeting on Wednesday morning but said she did not raise the issue in the session, and no other members brought up the idea of a leadership change. "I think that people were in shock" after hearing a report from Pelosi and the head of the House campaign arm that Democrats lost, but were doing better in contests in other GOP districts.

The article goes on to give Rep. Seth Moulton a chance to continue his own line of bullshit against Pelosi. Moulton, if you remember, is the guy who tried to help everyone with their Dems in Disarray Bingo Cards last Fall:

Good luck with that, sonny.

News flash--Republicans vote for Republicans. Georgia's 6th district is Gerrymandered to ensure that it is a safe Republican seat. Georgia's efforts to deny people the franchise are well known--Google is your friend. It's not Nancy's fault that Jon Ossoff forced the Republicans to spend over $20 million dollars to defend a safe seat. She's not the problem--Republican tribal fealty is the problem.

Listen, the Democratic Party has 99 problems, and Nancy isn't one of them. Since January 20th, she has outfoxed Speaker Paul Ryan so many times, you could make a series of cartoons about it. She has held the Democratic Party in the House together with baling wire and chewed up gum better than anyone else.

Matt Lewis can fuck off with this nonsense. If Nancy wasn't a prominent figure in defeating the Trump Regime's legislative agenda, then her name recognition would be zero. The way Democrats win is to remind people that Republicans want to destroy everything. They have no ideas and they are going to hurt the American people. The Democrats have provided the safety net, and Republicans have tricked people into thinking they can make "cuts" without destroying it. Call me when we see twenty million Americans lose their health care and we'll see who's winning elections when that happens. Right now, Democrats are doing the right thing--they're fighting to keep this from happening. That's how you lead, and Nancy's leading that fight right now. Republicans don't care about the American people but Democrats do care. If that leads to defeats right now, think of what it will lead to when he people finally wake up to what's happening. Republicans will usually win Gerrymandered districts. They won't when enough people are in pain. It's that simple.

All of this reminds me the people who think Jill Stein and Bernie Sanders have a point about something. They don't. What they want is money and power, and they can siphon that out of the support that would normally go to Democrats by being little more than concern trolls. Not for nothing does Miss Pelosi smash fundraising goals and keep the Democratic Party flush with cash. Republicans know this and they run fundraising ads against her. Meh.

When no one else was fighting for the American people, Nancy was there, standing up to George W. Bush, and she delivered. She lost her job because the Democratic Party gave health care to the American people. She's a big part of the reason why the Republican legislative agenda is basically dead in the water right now, and nobody should forget that. Killing their efforts to destroy Obamacare and the safety net has done more good for the American people than Seth Moulton or Kathleen Rice have ever done in their careers.

These people who want Nancy gone want more money and power for themselves. They want to move up the chain and cash in. Fuck that shit. Keep Nancy Smash right where she is because she's getting it done.