Robert Mueller is an Existential Threat to Trump Inc. 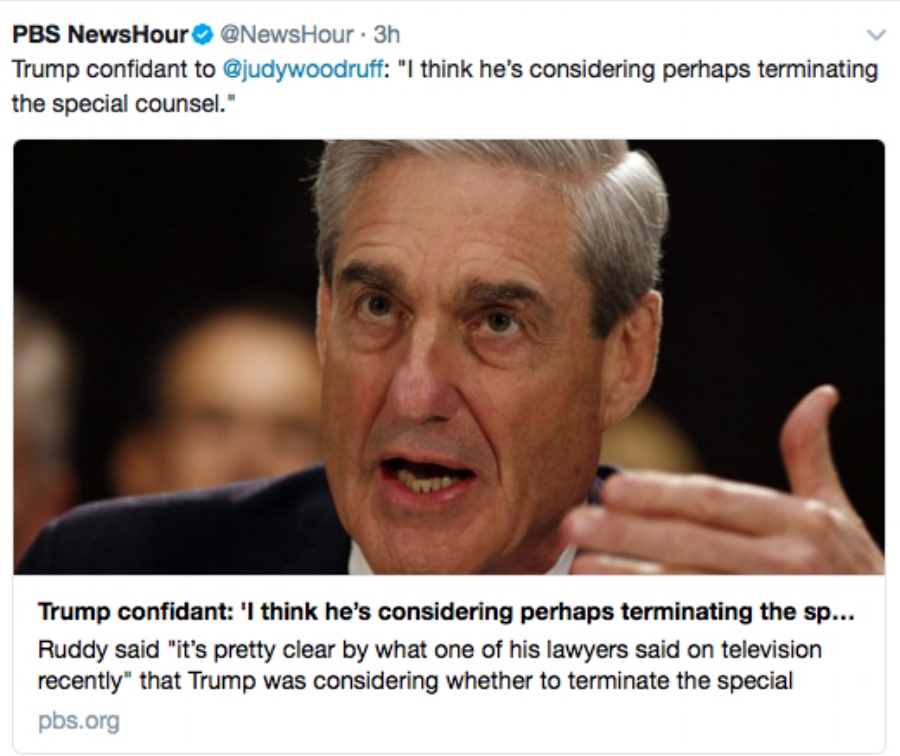 When it comes to figuring out what Trump is going to do next, always bet on crazy.

Firing Robert Mueller is crazy, right? Well, as soon as Mueller began assembling a murderer's row of experienced prosecutors, the Trump plan was put into action. Attack Comey, attack the legitimacy of the Special Counsel, and attack the people being hired to investigate the Trump regime. But, like I was telling you, this is the "hold my beer" presidency. Anything goes.

Now we hear the "trial balloon" being floated. Fire Mueller, and you cut off the brains of the organization, the legitimacy of the investigation, and you effectively throw sand in the gears and bring everything to a halt.

Now, does this solve anything? No. Is it rational? Of course not. But the Republicans in the House and Senate are already compromised. They are already in the bag. After all this, we're supposed to expect them to discover the rule of law and go against Trump? Not on your life. Trump is going to hunker down and ride this out.

There's only one way to keep skimming money off the American people and that's to get rid of Mueller and buy himself some time to become further entrenched in the presidency. With every passing day, Trump and his people are able to find another light switch, put another lackey in place, and hold on to power a little bit more. They're counting on bringing everything to a screeching halt so that they can delay the inevitable. They know the voters are going to throw them out of office. Why not cling to power?

The only people who really stand to lose anything are the Representatives and Senators who are already bought and sold.