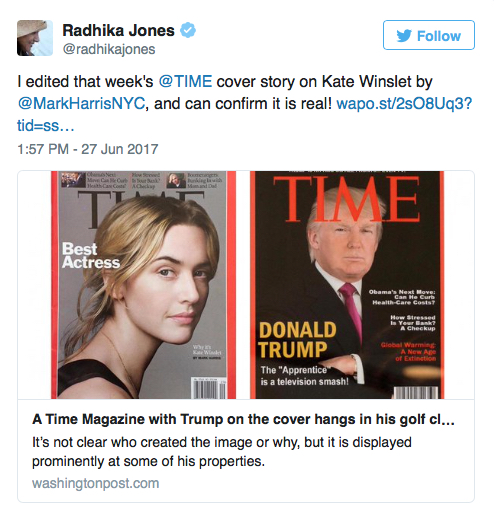 The President of the United States is so insecure, he has to have photoshopped magazine covers on display so that people will know that he was "relevant" when he wasn't relevant. For many years, Trump was in the wilderness, and the only way out was to start telling everyone that he had serious doubts as to whether or not President Barack Obama was born in Hawaii. This is where we are as a society--a man who rose to prominence based on a racist lie has been caught using fake accolades to prop up his failing businesses.