Fuck Your Feelings About Our Death Bill 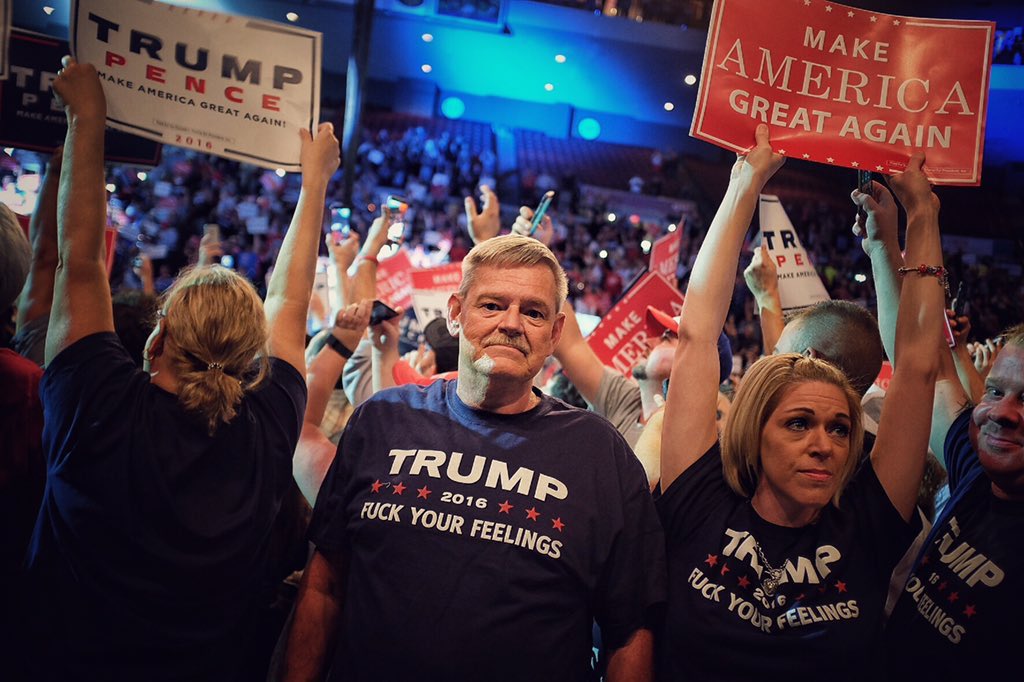 I'm not sure what decade it even is anymore. Wasn't it just a year ago that Republicans were totally unconcerned with anyone's feelings? And now, when people point out that what they want to do to health care in this country might kill people, they want you to consider their feelings about such things:

This type of language doesn't increase civility, but furthers divide. It's possible to oppose the bad bill without using such a caustic tone

I'm not going to moderate my tone when human beings are sentenced to death because one political party wants to destroy their health care. If anything, give me some credit for being on the right side of history, asshole.

The GOP's position is, "don't call us the death party because we have a plan to kill lots of people." If you're not pissed about that, then what the hell good are you to anyone?