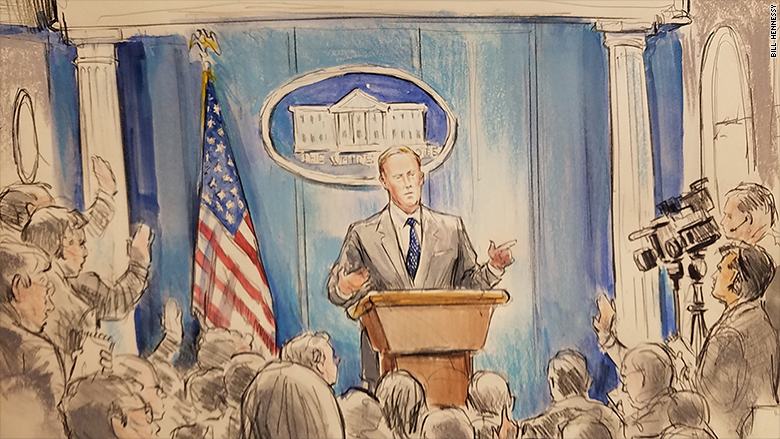 The White House has been prohibiting cameras at some press briefings, so on Friday CNN got creative and sent a sketch artist.

He didn't have his usual easel, but he stood in the back of the briefing room to document the scene.

Hennessy's sketches aren't exclusive to CNN; other news outlets may also use them.

Some conservative media voices dismissed it as a stunt, but CNN argued that the sketch session did serve a journalistic purpose, in the same way that courtroom sketches do.

The media is catching on slowly, but, really, this is how Trump operates. It's late June of 2017 and people are just now figuring out that mocking fascists for wanting to lie and control the media is right out of a playbook that got old fast in the 1930s. This is a stupid country, and it has stupid people in charge. Why don't the rest of us write books, plant gardens, learn musical instruments and try to do our best to cope with this nonsense?