"I can do whatever I want, I'm the chairman of the committee" 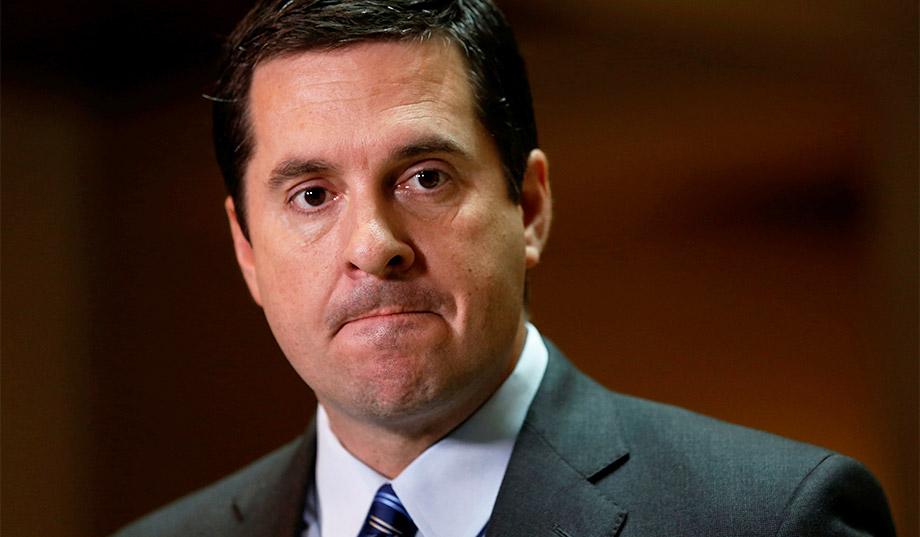 Devin Nunes has a strange idea of what oversight and compliance looks like:

House intelligence committee Chairman Devin Nunes said Monday that he is still being "fully read-in" on the House Russia investigation and can retake control of the probe at any time, if he wanted to.

But for now, he's staying away, he told CNN.

Nunes blasted news outlets for reporting that he had recused himself from the probe, when he said he had only stepped aside. But Monday marked the first time he explained the difference between the two terms, and what it means for the House Russia investigation.

"I can do whatever I want, I'm the chairman of the committee," Nunes said. "I voluntarily, temporarily stepped aside from leading the investigation."

The mind, it is boggled. And, so we're clear, no Democrat anywhere could ever get away with saying that, and the media frenzy, well. It would stop all of society in its tracks. This is your daily reminder that this sort of thing is perfectly okay only if you are a Republican.

Nunes is basically telling everyone that, should the investigation get a little too close to his pals in the White House, he's ready to sweep in and stop everything and save the day! Now, I'm just a blogger, but even I can tell you that all of this is what Nunes was supposed to be saying to himself while reassuring people that the Congress will get to the bottom of what happened.

Next time, don't say the words you are thinking to yourself out loud, Devin.