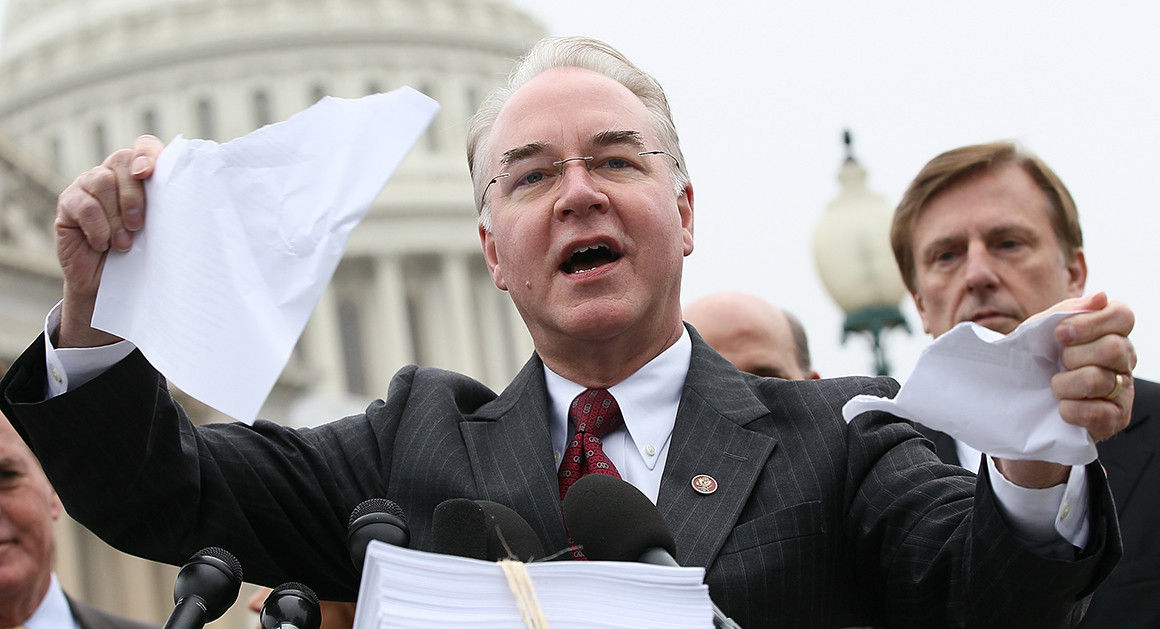 The Republican Party wants to destroy Obamacare. This is how they're selling it to the American people--by replacing the concept of 'affordable' healthcare with 'available' coverage:

Price said on CNN's "State of the Union" that Nevada Sen. Dean Heller and Gov. Brian Sandoval might misunderstand the full intentions of the party on health care and issued a broad promise to the country.

"What I'm telling you is the system, the plan that we would put in place, would not allow individuals to fall through the cracks," Price told CNN's Dana Bash. "We would not pull the rug out from under anybody. We would not have individuals lose coverage that they want for themselves and for their family. We want to make certain that health care is available to all Americans."

I'm going to highlight that again:

We want to make certain that health care is available to all Americans.

The kicker here is that healthcare will certainly be available, but you're going to have to pay through the nose to get it. Your premiums will bankrupt you. You won't be able to come up with the money because healthcare costs will go back to being ridiculously expensive. Our plan will make it available to you. Hey, the new Audi sports care is "available" to you as long as you have $175,000 lying around to buy it.

It'll be right there--available to you--but no reasonable person without millions in the bank will be able to pay for it.

Given what CNN has already done with this story, no, they're not going to provide the right context: 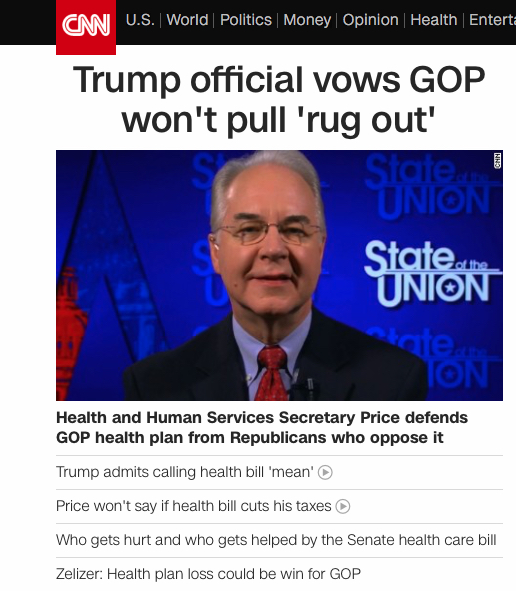 If Health Care is NOT affordable, isn't that "pulling the rug out from under the American people? Don't swallow these lies. Don't believe it when the media runs with stories that point out Obamacare is "failing" and that a "loss could be a win" because that's the spin people are putting on a massive tax cut for the rich. The headline should be "GOP's Tax Cut Makes Health Care Unaffordable."

Anything less than that is a lie.