Al Baldasaro Treated Like Royalty at the White House 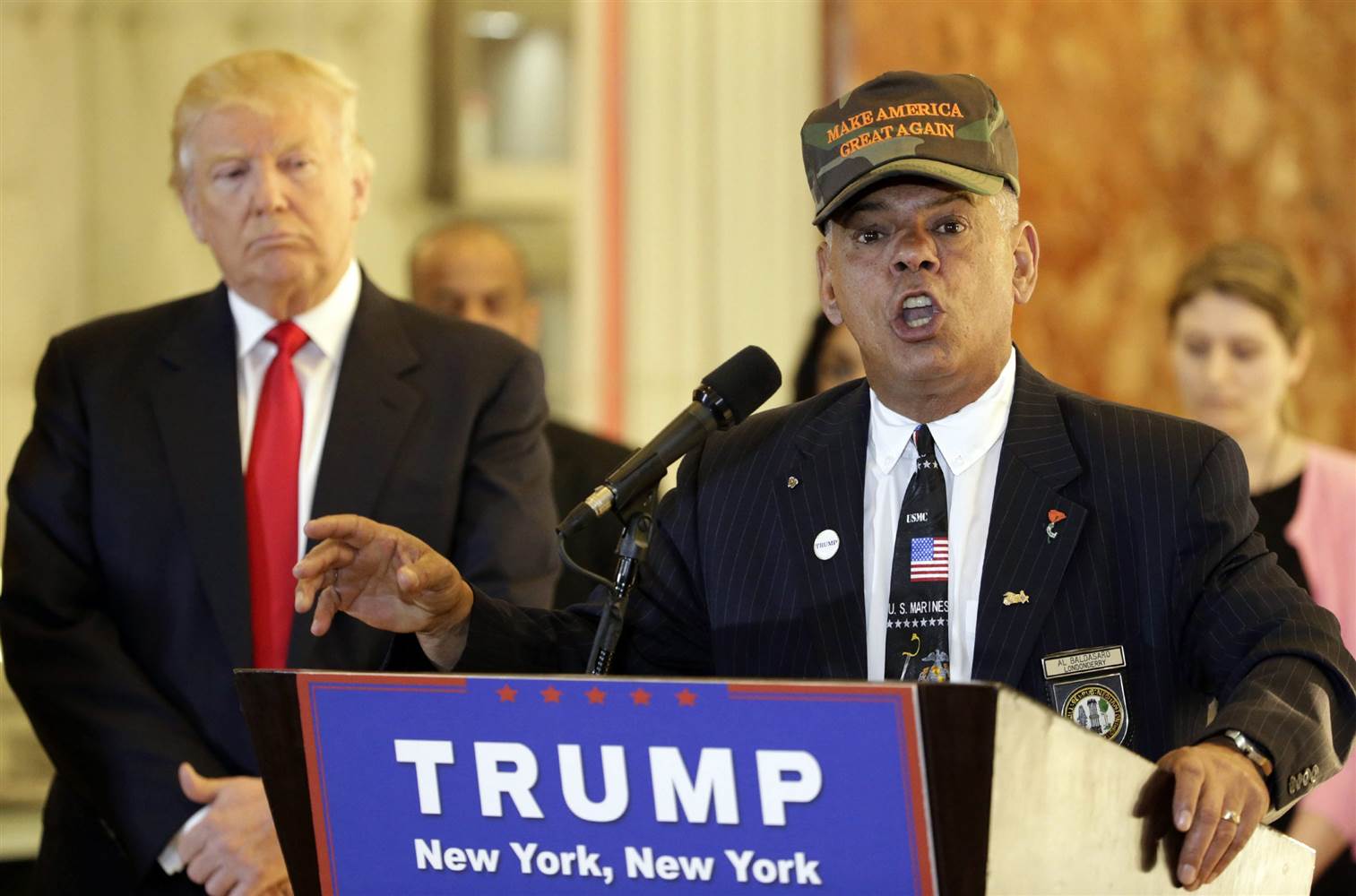 An adviser to Donald Trump’s campaign who said Democratic nominee Hillary Clinton should be shot for treason was given a prime seat at a White House bill-signing ceremony on Friday.

Al Baldasaro, a New Hampshire GOP state representative who advised Trump on veterans issues during the campaign, sat in one of the first two rows of seats in the East Room as Trump signed a bill making it easier for the Veterans Administration to fire employees accused of misconduct.

Baldasaro, in a radio interview during the campaign, criticized Clinton for the 2012 attack on a U.S. compound in Benghazi, Libya, and said she should be “put in the firing line and shot for treason.” Trump later praised Baldasaro.

Baldasaro, of course, follows the Trump regime's method for discrediting those who simply wrote down what he actually said in public:

The Secret Service said Wednesday that they are looking into New Hampshire State Senator Al Baldasaro after he called for Hillary Clinton's execution for "treason."

Baldasaro is an adviser to the Trump campaign for veteran's issues and has appeared at Trump campaign events. He called for Clinton's execution by firing squad for her use of a private email server when she was secretary of state.

"The U.S. Secret Service is aware of this matter and will conduct the appropriate investigation," Secret Service spokesman Robert Hoback told NBC News in a statement Wednesday.

If you're a Republican, you can get away with anything. Ted Nugent got his own tour of the West Wing. Meanwhile, Johnny Depp is history's greatest monster.