Trump Must Do the Bidding of His Russian Masters 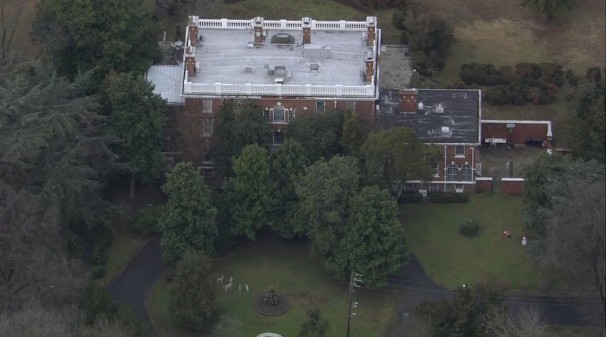 If it's Wednesday, then there must be another huge bombshell revelation about how the Russians own Trump while the Republican Party keeps yelling "na-na-na-na-na" while covering its ears:

The Trump administration is moving toward handing back to Russia two diplomatic compounds, near New York City and on Maryland’s Eastern Shore, that its officials were ejected from in late December as punishment for Moscow’s interference in the 2016 presidential election.

President Barack Obama said Dec. 29 that the compounds were being “used by Russian personnel for intelligence-related purposes” and gave Russia 24 hours to vacate them. Separately, Obama expelled from the United States what he said were 35 Russian “intelligence operatives.”

[The luxurious, 45-acre compound in Maryland being shut down for alleged Russian espionage]

Early last month, the Trump administration told the Russians that it would consider turning the properties back over to them if Moscow would lift its freeze, imposed in 2014 in retaliation for U.S. sanctions related to Ukraine, on construction of a new U.S. consulate on a certain parcel of land in St. Petersburg.

Two days later, the U.S. position changed. Secretary of State Rex Tillerson told Russian Foreign Minister Sergei Lavrov and Russian Ambassador Sergey Kislyak at a meeting in Washington that the United States had dropped any linkage between the compounds and the consulate, according to several people with knowledge of the exchanges.

This is the best we're going to get. No one is all of a sudden going to discover their patriotism. We are months and months if not years away from anything resembling an accountability moment. Here you have an American president handing back to the Russians their collection or spying sites as if he's in the tank for them.