Trump Has No Idea What Fake News Really Is 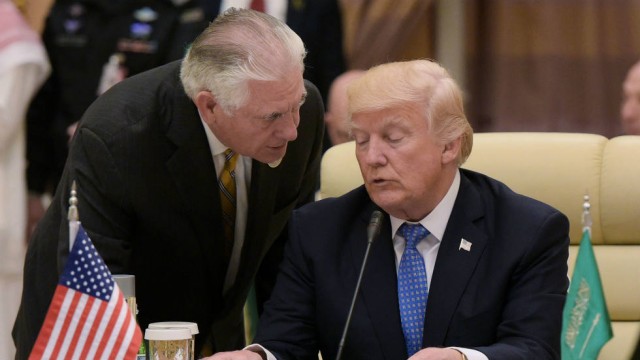 I think we have to say something in response to Trump's nonsense:

President Trump on Sunday said he believes many of the recent leaks coming out of his White House are made up by the "fake news" media.

In a series of tweets, the president focused on news reports that include the words "sources say."

"It is my opinion that many of the leaks coming out of the White House are fabricated lies made up by the #FakeNews media," the president tweeted Sunday.

"Whenever you see the words 'sources say' in the fake news media, and they don't mention names...it is very possible that those sources don't exsist but are made up by fake news writers. #FakeNews is the enemy!"

Well, this "fake news" keeps being proven as fact. A startling number of people seem to be willing to swear in affidavits that all of it, every word, is true. If the Trump Regime has proof that it's all fake, they're sure taking a hell of a long time to produce evidence that would discredit it, aren't they? If I had proof something wasn't true, I'd share it with the world as soon as I could.

This "fake news" led to the firing of Michael Flynn.

This "fake news" involves a lot of obstruction of justice.

This "fake news" has not been debunked by anyone anywhere.

This "fake news" keeps getting corroborated by foreign intelligence services.

This "fake news" has a lot of people furiously trying to cover their tracks.

This "fake news" has forced a number of people currently serving in the Trump Regime to amend their security clearance paperwork.

This "fake news" is being investigated by a Special Counsel named Robert Mueller.

This "fake news" leads a number of people to connect Russians in the United States to members of the Trump Regime.

Here's a really good question I don't see anyone asking, though. If all of this is fake, then why is Sergey Kisylak still here in America? Why hasn't he been declared persona non grata and asked to leave? If there's no nefarious connection between the Trump Regime and the Russians, why wouldn't we ask the man at the center of trying to recruit spies in this country to please leave?

"Fake news" is what some kid in Macedonia uses to make people click links in Facebook so he can have gambling money. The president doesn't know this, so everything is "fake news" to him because this shit keeps turning out to be true on a regular basis.