Trump Believes Exercise is Bad For You 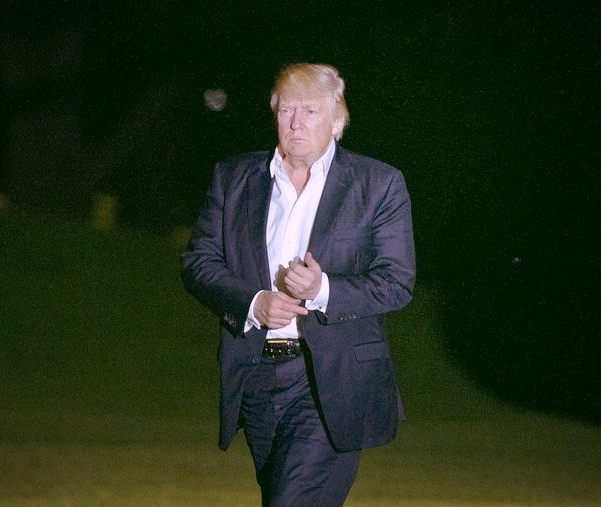 Ladies and Gentlemen, the President of the United States of America believes that the human body is like a battery and only has a finite amount of energy:

One health aspect Trump is transparent about: He doesn’t like to break a sweat. To be more precise, he thinks physical activity will kill you faster.

In a remarkable New Yorker story this week about how Donald Trump could realistically be removed from the presidency, Evan Osnos writes: “Other than golf, he considers exercise misguided, arguing that a person, like a battery, is born with a finite amount of energy.”

The Trump “human body as non-rechargeable battery” theory was first detailed by Michael Kranish and Marc Fisher in their 2016 book, Trump Revealed...

A 70 year-old man who hasn't exercised in decades and who doesn't engage in exercise of any kind is, well, not going to enjoy a long and healthy life, let's put it that way.

What was that? I thought you said "dementia."

Regular physical activity can “prevent dementia, type 2 diabetes, some cancers, depression, heart disease and other common serious conditions — reducing the risk of each by at least 30%,” according to this 2015 report on the benefits of exercise from the Academy of Medical Royal Colleges. “This is better than many drugs,” the authors wrote.

Tell me more about this dementia thing, doctor...