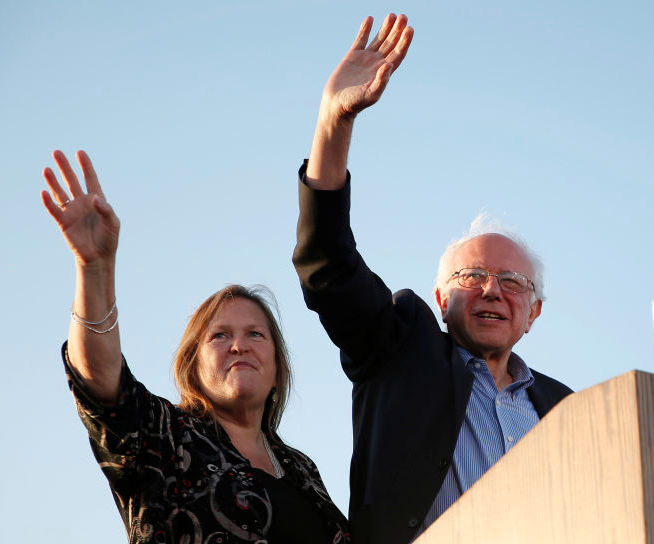 I really don't want to hear Bernie Sanders lecture anyone about ethics and responsibility ever again:

Sen. Bernie Sanders (I-Vt.) has missed the May 15 deadline for disclosing his 2016 finances. Senators in the U.S. are required to file disclosures with the U.S. Senate Select Committee on Ethics on a yearly basis.

Sanders was granted a 20-day extension, while Patrick Leahy (D-Vt.) filed his disclosures on time, according to New Hampshire newspaper Valley News.

Three of Sanders' spokespeople were contacted by phone and email by Valley News. They did not respond to inquiries about why Sanders needed the extension.

The Center for Public Integrity wrote in a 2016 article that Sanders was evading disclosures by working the system during his presidential campaign:

Sanders expertly exploited a system that effectively allowed him to delay, delay, delay — all while he chided Clinton receipt of six-figure paydays for delivering closed-door speeches to officials at investment bank Goldman Sachs and other powerful special interests [...] Voters couldn't definitively know whether Sanders — historically one of the Senate's least wealthy members — suddenly parlayed his political fame into personal profit. Or, for that matter, whether he sustained financial distress.

I find it pretty disturbing that someone who continues to scold Democrats and use every chance he can get to go on television and bash the Democratic Party can't follow the basic rules of the United States Senate and file the disclosure paperwork for 2016. I suspect that this is because he raked in over 5 million dollars and kept it in order to build some sort of nest egg for himself in order to retire comfortably after he spends a few years shaking the tree.

What he does not have the right to do is wag that fucking finger around like he has some sort of moral authority over everyone else. He played that card in the primaries and the result was he ended up endorsing Hillary Clinton. If he wants to "lead," then he should set the right example. He should release his tax returns, file his paperwork on time, and deal with the fallout when all of those totebaggers are gagging on the fact that Sanders took their donations and built a war chest with which he can hire a lawyer to keep his wife out of Federal Prison.

Oh, I'm sorry. Was all of that consistent with expecting Democrats to show up and not be dirtbags? My bad.