This Fox News Reporter Just Did the Right Thing 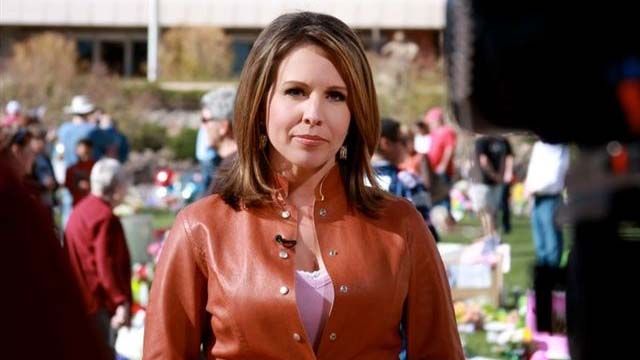 As part of our preparation for a story about Thursday's special election to air on "Special Report with Bret Baier," we arranged interviews with the top two candidates, Republican Greg Gianforte and Democrat Rob Quist. On Wednesday, I joined field producer Faith Mangan and photographer Keith Railey in Bozeman for our scheduled interview with Gianforte, which was to take place at the Gianforte for Congress Bozeman Headquarters.

Faith, Keith and I arrived early to set up for the interview in a room adjacent to another room where a volunteer BBQ was to take place. As the time for the interview neared, Gianforte came into the room. We exchanged pleasantries and made small talk about restaurants and Bozeman.

During that conversation, another man — who we now know is Ben Jacobs of The Guardian — walked into the room with a voice recorder, put it up to Gianforte's face and began asking if he had a response to the newly released Congressional Budget Office report on the American Health Care Act. Gianforte told him he would get to him later. Jacobs persisted with his question. Gianforte told him to talk to his press guy, Shane Scanlon.

At that point, Gianforte grabbed Jacobs by the neck with both hands and slammed him into the ground behind him. Faith, Keith and I watched in disbelief as Gianforte then began punching the reporter. As Gianforte moved on top of Jacobs, he began yelling something to the effect of, "I'm sick and tired of this!"

Jacobs scrambled to his knees and said something about his glasses being broken. He asked Faith, Keith and myself for our names. In shock, we did not answer. Jacobs then said he wanted the police called and went to leave. Gianforte looked at the three of us and repeatedly apologized. At that point, I told him and Scanlon, who was now present, that we needed a moment. The men then left.

To be clear, at no point did any of us who witnessed this assault see Jacobs show any form of physical aggression toward Gianforte, who left the area after giving statements to local sheriff's deputies.

The fact that this is a Fox News reporter is one thing, but here's the other thing you need to know--Gianforte and campaign have just been caught telling a massive lie:

Later, the statement added, "After asking Jacobs to lower the recorder, Jacobs declined. Greg then attempted to grab the phone that was pushed in his face. Jacobs grabbed Greg's wrist, and spun away from Greg, pushing them both to the ground. It's unfortunate that this aggressive behavior from a liberal journalist created this scene at our campaign volunteer BBQ."

Thanks to Acuna, everything in the statement from the Gianforte campaign has been rendered a complete and utter lie. She has destroyed any credibility Gianforte might have at this point. They can't come back and claim that this the work of the liberal media and they can't call it fake news--she works for Fox. Well, I guess they can attack her for being a woman. In fact, how much do you want to bet that that's what the flying monkeys of the right wing Breitbart hate machine are gearing up to do right now?

The only thing left to ask is, why isn't Gianforte in custody and what happened to the rule of law in Montana? There's one standard for Republicans and another for everyone else? Felony assault is against the law in Montana unless you're a white guy running as a Republican?

Come on. Where's the outrage?

UPDATE: Finally, Gianforte has been charged with a crime:

Greg Gianforte, the Republican candidate in Montana's special congressional election, has been charged with misdemeanor assault after he allegedly body slammed a reporter and broke his glasses on Wednesday night.

Misdemeanor? Really? In my opinion (I am not a lawyer or a prosecutor) the guy committed a felony and fled the scene. He concocted a blatant lie out of thin air that he didn't think a Fox News reporter would contradict. Gianforte and his campaign thought they could get away with it. They were mistaken.