The English Are A Tough Bunch of People 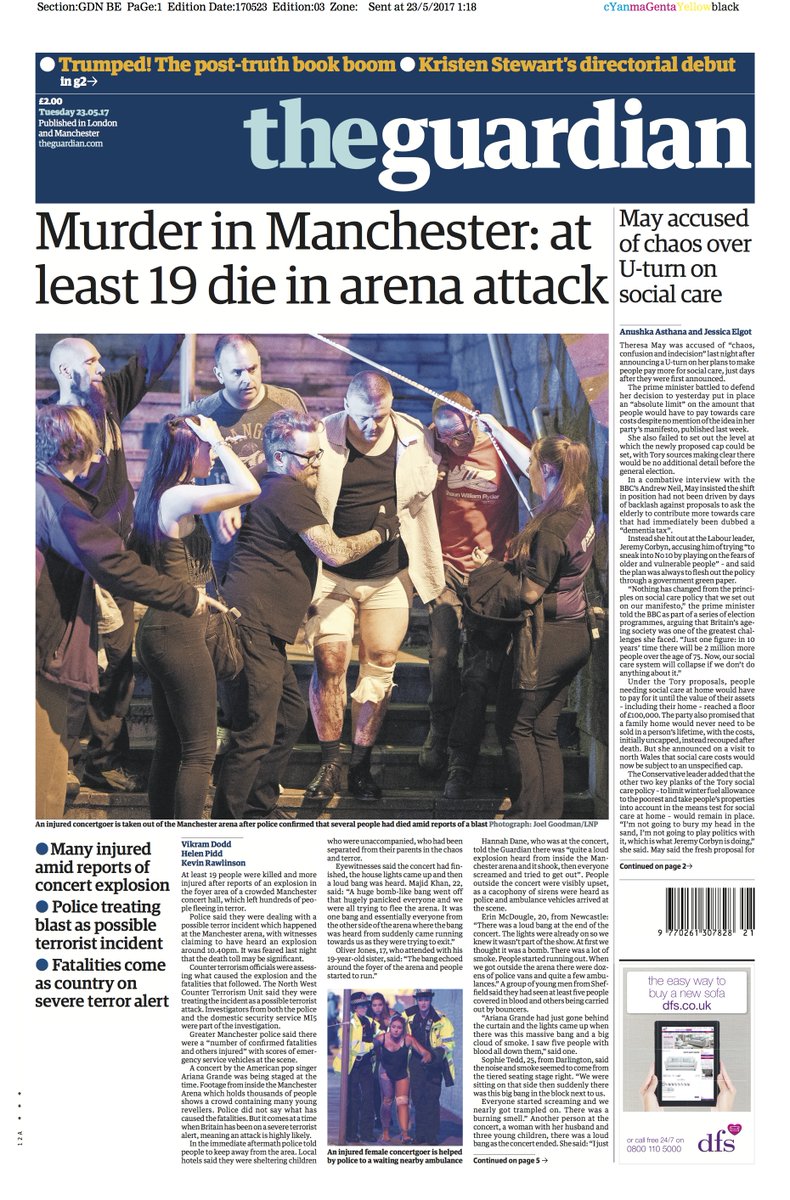 The early indication is that this attack at the Manchester Arena was carried out by a terrorist who detonated a suicide device at the end of the concert. This attack is chilling and familiar at the same time. It revives memories of other attacks, most notably that of the Bataclan in Paris.

Don't worry about the English people. They are a tough bunch. They won't run to the arms of a dictator or scream about leaving NATO or carry out war crimes against people in a faraway land. They'll put things right, tighten their security, lean on their police and continue on. The summer festival season is when the young people in Britain lose their minds and their shirts and celebrate being alive. The cult of death will never win in England. They're too busy grooving and dancing to worry about all of that.

Has anyone blamed Obama yet? Too soon for that?