Republicans live in the house of whatever the fuck they want to do:

An aide pushing a cart full of beer into the Capitol Thursday basically pinky-swore that the beverages had not been ordered to celebrate the House passing a bill designed to kill Obamacare. 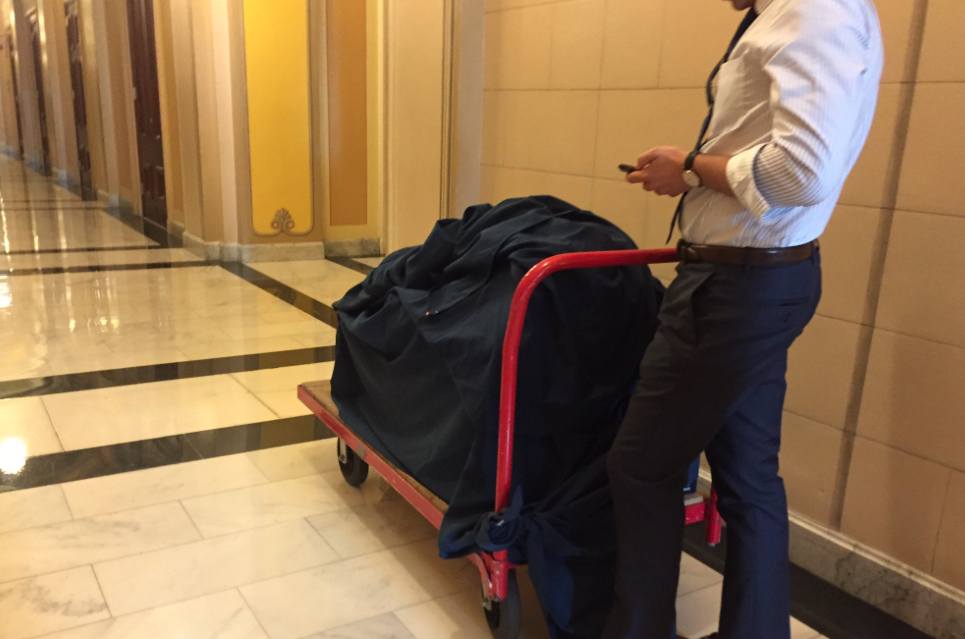 Shortly before House Republicans celebrated a narrow vote approving President Trump's promised health care repeal bill (which still has to pass the Senate), the Capitol worker denied that the big wagon of beer he was pushing through the building was headed toward a celebration party.

The internet wasn't buying it, though, and couldn't help but skewer the GOP for what appeared to be a pre-planned kegger to celebrate an unpopular and, at best, problematic bill.

Vice reporter Alexandra Jaffe was one of several Capitol Hill reporters to spot the beer being rolled in under a sheet by an unnamed aide before the vote had taken place.

Jaffe snapped a photo of the beer and asked about its purpose. The man tending the cart of Bud Light said it was for "a different meeting," but didn't elaborate.

You know, there's something ridiculous about a group of overweight, overly rich white men drinking beer to celebrate the ruin of America's health care system. They're not just repealing Obamacare--no, they're weakening the entire infrastructure that delivers health care to millions and millions of Americans. They're slowly figuring out how to the Jenga pieces out, one by one, so that everything falls on the poor and the middle class. They may not get their bill through the Senate but they damned sure are going to keep trying to destroy the system so that they can blame the Democrats.

America's economy is their ultimate target. They know they're out on their asses in 2020. They know they can't govern. They know that the Trump Regime's links to Russia have poisoned the well against the party. They know Pence will never "lead" the party. Why not tank the economy and make it look like Nancy Pelosi's fault? Since everything is on its way to hell, why not get drunk and act like God's not watching?

Ever get the feeling some people aren't really Christian?