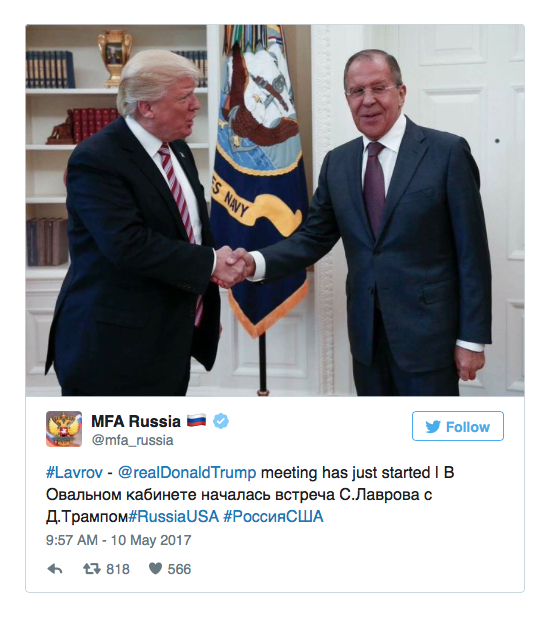 A photographer for a Russian state-owned news agency was allowed into the Oval Office on Wednesday during President Trump’s meeting with Russian diplomats, a level of access that was criticized by former U.S. intelligence officials as a potential security breach.

The officials cited the danger that a listening device or other surveillance equipment could have been brought into the Oval Office while hidden in cameras or other electronics. Former U.S. intelligence officials raised questions after photos of Trump’s meeting with Russian Foreign Minister Sergei Lavrov were posted online by the Tass news agency.

Among those commenting on the issue was former deputy CIA director David S. Cohen. Responding to a question posed online about whether it was a sound decision to allow the photographer into the Oval Office, Cohen replied on Twitter: “No it was not.” He declined to elaborate when reached by phone.

The White House played down the danger, saying that the photographer and his equipment were subjected to a security screening before he and it entered the White House grounds. The Russian “had to go through the same screening as a member of the U.S. press going through the main gate to the [White House] briefing room,” a senior administration official said.

Other former intelligence officials also described the access granted to the photographer as a potential security lapse, noting that standard screening for White House visitors would not necessarily detect a sophisticated espionage device.

If you're looking for Exhibit A on the stupidity and the incompetence of everyone around Trump, this is it.