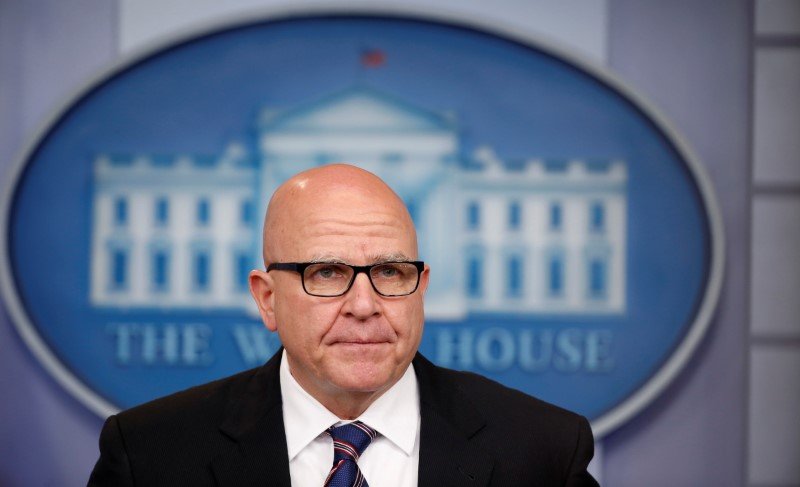 H.R. McMaster's Dereliction of Duty is an academic indictment of the Lyndon Johnson administration's escalation of the Vietnam War. Again and again, McMaster writes about how the generals around Johnson failed to speak "truth to power" and give him the advice he needed to avoid a protracted, bloody stalemate in Southeast Asia. In case after case, McMaster's book indicted these military men for failing to stand up to the civilian leadership in Washington D.C.

This is the guy who pissed in the cornflakes of every living leader from that era. He wagged his finger in their face and all but cemented their legacy for them. This is a guy who was so sure of his moral superiority, he kept right on moving up the ranks, convinced that he, and probably only he, was capable to telling the President of the United States things he didn't want to hear.

It took thirty years for McMaster to become one of America's most respected military leaders. In about 90 days, he has destroyed his own professional reputation and is now cool with treason committed by the president's son-in-law:

National security adviser H.R. McMaster told reporters on Saturday that he was not bothered by news of President Trump's son-in-law and senior adviser Jared Kushner's reported attempt to set up a secret backchannel between the US and Russia.

His comments came a day after the Washington Post reported that Kushner spoke to Russian ambassador Sergey Kislyak in December about setting up a backchannel between the Trump transition team and the Kremlin in an effort to bypass monitoring of their communications.

The institutional freakout over Kushner's attempt to circumvent the American government and use Russian equipment to have secure communications with Russian officials is not a liberal pants-wetting display of phony outrage. It's a comprehensive display from people on both sides of the political aisle being absolutely gobsmacked over the balls on that kid for thinking he could simply ask Kislyak to facilitate this for him because other methods might be inconvenient.  Here's McMaster out there, doing the work of Sean "Spicey" Spicer. He sounds like little more than a GOP flack from Oklahoma telling everyone that fracking is cool and to not mind the forty earthquakes since breakfast.

How does McMaster live with himself now? His professional reputation is now completely gone. Anybody who gives this guy a job is getting a durable, reliable lickspittle who can justify saying anything to anyone.

Why isn't Jared Kushner in jail right now? You're telling me that if Hillary's son-in-law had gone to the head of Russia's spy recruitment operation in America and asked to use the embassy's white courtesy phone to Putin's sex lair that the Republicans wouldn't already be in the process of burning down the White House?

There is so much treason right now, I fear we'll just get used to it as the normal way of doing business. There are so many people with their hair on fire right now it's a wonder anything is getting done.