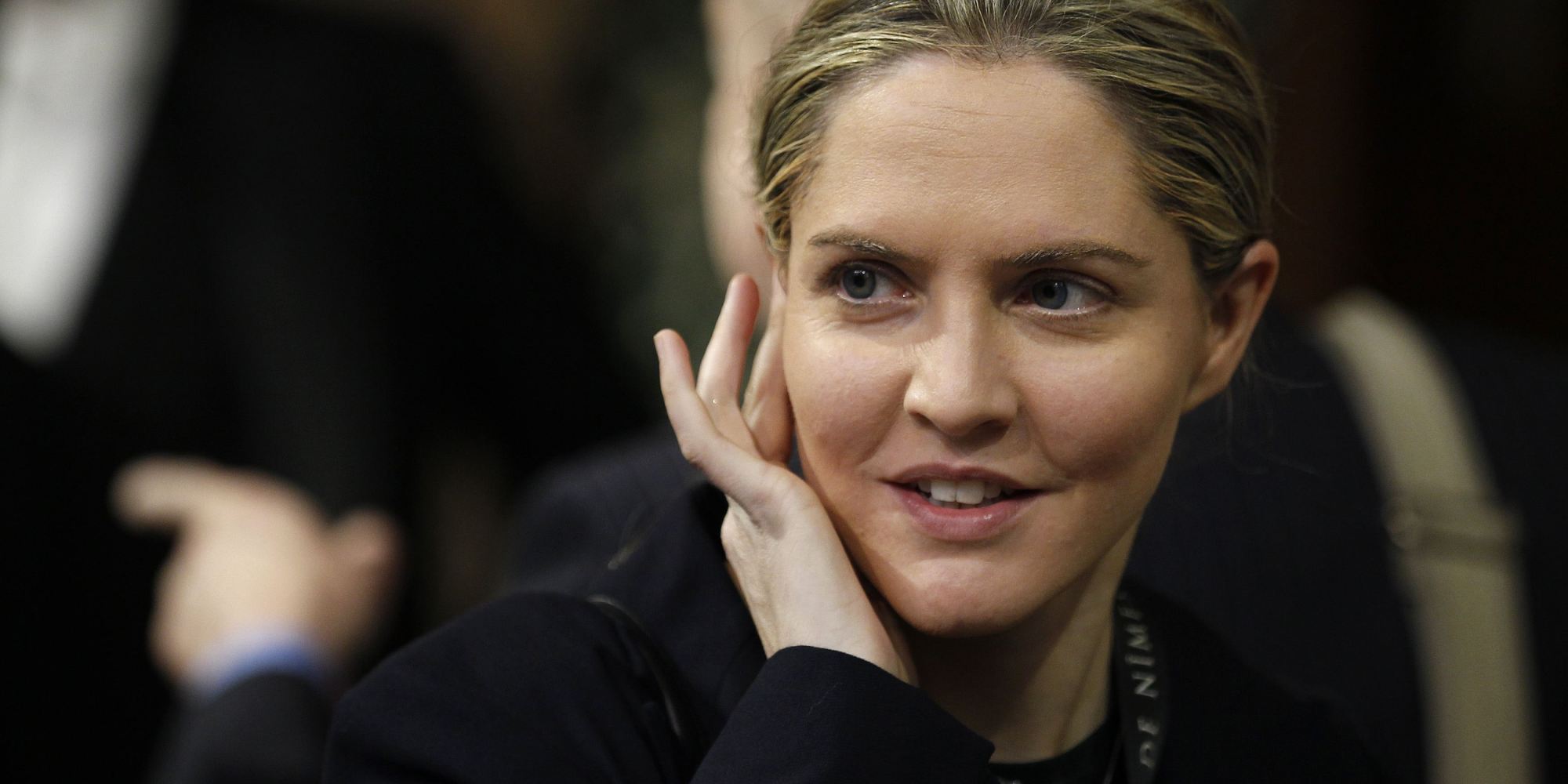 I try to avoid clickbait, and I try to avoid linking to sources that prove to be unreliable. Like every other blogger, I do make mistakes, and I try to own up to them as best I can. I would never tell you that I'm perfect, but I do try to locate great sources and add the best commentary I can. I don't break news, I don't make news, I just comment on what I see and leave it to the reader.

Louise Mensch has a site that keeps getting a lot of traffic on Facebook, and it is responsible for this kind of content: 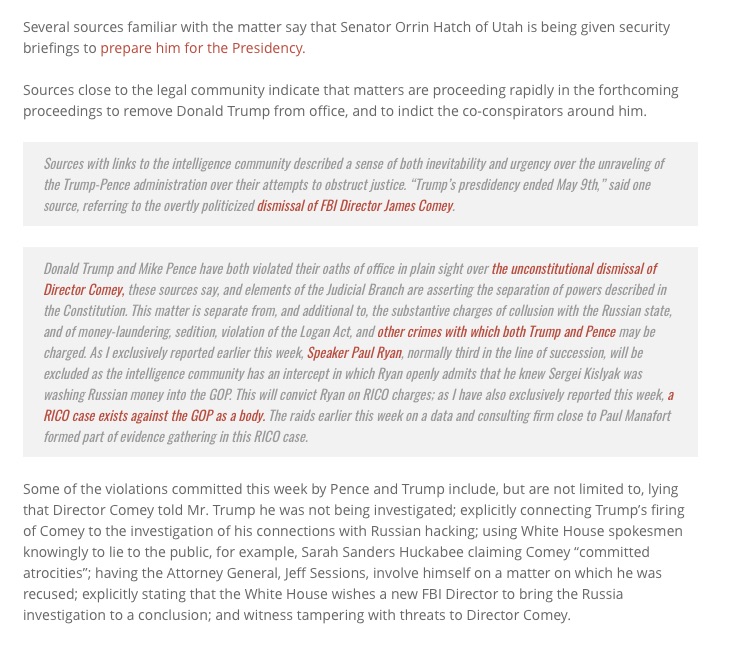 There's nothing verifiable in that word salad, other than the fact that there is a plan for presidential succession and it usually involves keeping everyone briefed and prepared for any eventuality. Taking advantage of this in order to post clickbait is not illegal, nor is it anything that will cause you to lose your Red Card at Target, but it does mean I'm not citing you as a source. Hell, I may even mock you, but I'm not going to bash Mensch. What good would that do?

This is written from the viewpoint of someone who knows how to manipulate the news and produce things that people are going to click on. The headline is misleading. Is Trump president? Of course he is. Is Senator Orrin Hatch our president right now? No. That's now how the United States of America works, no matter what the conspiracy theorists tell you. The Trump regime is incompetent and stupid, nothing more. They don't have anything going for themselves right now. Hundreds of staffers are despondent and looking at hiring lawyers. Maybe a dozen are separated from reality--those are the same kinds of people who thought Trump University was going to make them rich.

We all know shit's gonna go down with Trump and his advisors. We all know it involves Russia. But trading on the need for people desperate for some good news and using their hopes to generate traffic for your site is not exactly ethical. I have no idea what's going to happen with Trump, but I play the guessing game like everyone else does. I link to the best sources I can and I leave it to you to decide what to believe. If something is clickbait-ish, just tell me.

Mensch was right--there was something nefarious between Trump and Russia. That doesn't mean her crazy stories are believable now that the obvious course of events has started to unfold. No one knows where this is going to go. Robert Mueller could dash everyone's hopes and fold his investigation by Christmas. Trump could just pardon everyone and serve out his term and walk away richer than he was before. You have to analyze the facts at hand and use common sense. That's all.