It's the Money Laundering, Stupid 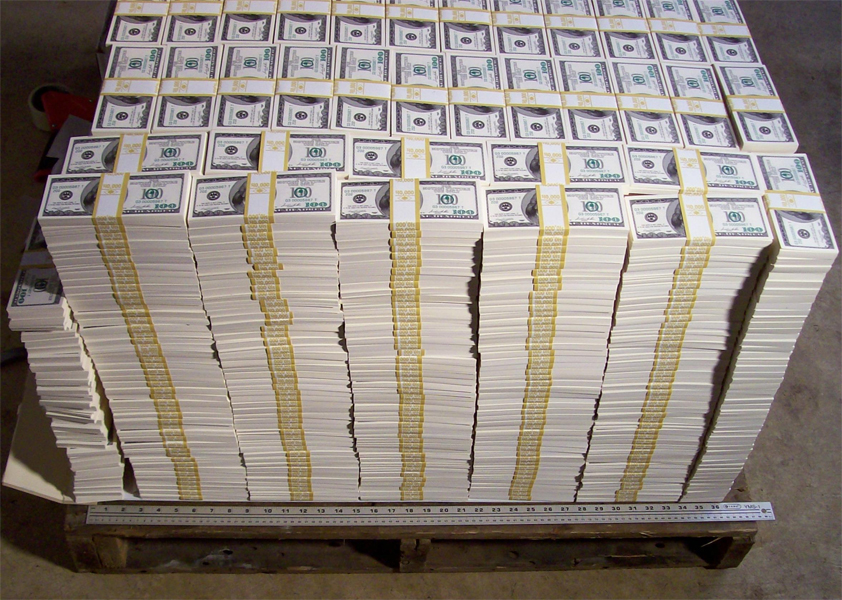 I agree with this, and I think that Trump and his associates see the presidency as a wonderful opportunity to not only steal as much money as they can but to launder it for their pals as well:

It may not have made “sense” for Donald Trump to fire James Comey, let alone for him to proceed to confess — in a public interview with Lester Holt, and then a putatively private meeting with Russian diplomats — that he did so in order to stop the Russia investigation. But the flurry of new reports over the last few days has given the puzzling sequence of events a more coherent shape. Within the warped internal logic of the Trump presidency — where it is taken as a given by essentially everybody around him that the president is impulsive and grotesquely ignorant — his shocking actions and statements have a more understandable basis.

A week ago, it appeared that the probe would center around the activities of a handful of figures who are now marginal within Trumpworld: former campaign manager Paul Manafort, foreign policy adviser Carter Page, and deposed National Security Adviser Michael Flynn. That has changed. The Washington Post reported Friday that investigators have identified a current White House official as a person of interest in its financial probe. (The story hinted, and New York Magazine contributor Yashar Aliconfirmed, that the person is Jared Kushner.)

Ominously for Trump, the Post reports that the FBI is “determining whether any financial crimes were committed by people close to the president.” While Kushner’s public persona differs wildly from that of the president in the functioning of his real-estate work, he is a kind of mini Trump. Inheriting an empire from his father, he has operated in gray areas of the world economy and positioned himself to gain handsomely from Trump’s election. Kushner has met with the head of a Russian bank functionally controlled by Vladimir Putin. He appears to be eager to use his proximity to Trump to make a buck; his family business is exploiting the familial connection to sell visas in China. Trump himself has a long, nontransparent history of business dealings with organs of the Russian state. (Last week, The Wall Street Journal dug up another case.)

All this implies that the probe is scrutinizing the financial aspects of Trump’s business, which is a family operation. While some Trump advisers opposed the firing of Comey, Kushner reportedly advocated for it. That fact may seem strange if one thinks of Kushner as a voice of pragmatism. But it is easier to understand if you think of him as a figure sitting near the heart of a financial scandal, who harbors a strong interest in suppressing the investigation.

Every deal they make is stained with corruption; every time they create a distraction it's designed to keep people from noticing that they just legitimized someone's theft of money. Winning the presidency was an afterthought, and now it gets in the way of cashing in. What we, as the American people, need to realize is that Trump, Kushner, et al, aren't very good at stealing money or laundering it because they keep getting caught. Your kids could catch these clowns stealing and laundering money. That's why you'll never see Trump's tax returns.

They have likely used Russian money to assist in the kind of petty corruption and graft that powers a third world economy. Now they have run into first world problems created by starting an undeclared war against the intelligence community and the Federal bureaucracy. They went to war against people who can identify, examine, and document how money laundering and fraud will need to look in order for a U. S. Attorney to indict someone for it. Michael Flynn tried to stuff some money in his pants on the side, but, all along, he's been working for the family business, and business has been booming. There's always a Russian with several hundred million dollars that's been skimmed off the top who needs someone to launder his money, and the Trump-Kushner people are easy marks for this.

They will all die while serving at least thirty or forty years in Federal prison, remember that.