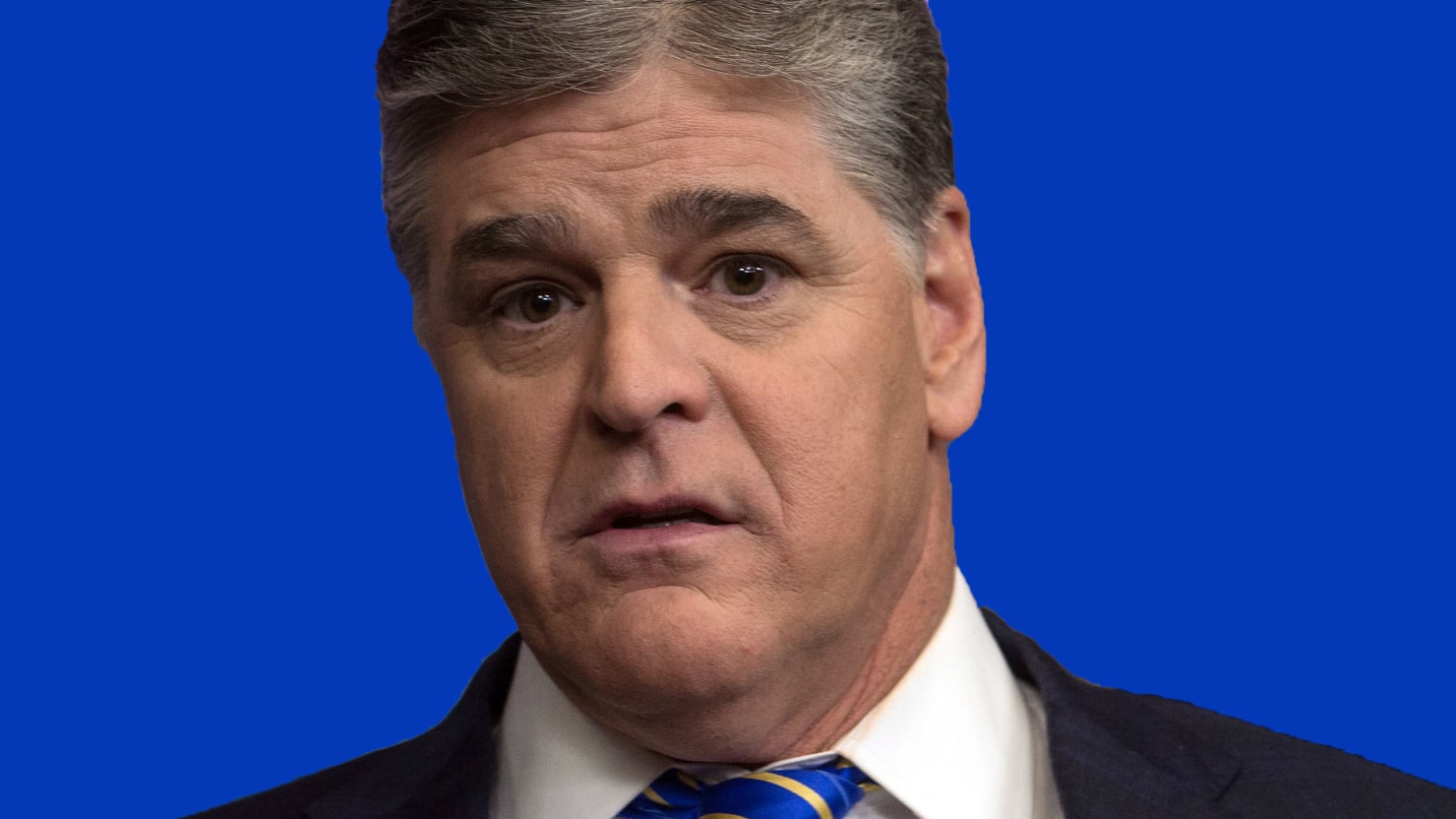 Don't look now, but Fox News is about to come up another jackass short:

Sean Hannity is looking to leave Fox News, according to sources, following the resignation of Fox News co-president Bill Shine officially on Monday.

Shine was Hannity’s long-time ally whom he personally recommended the network hire two decades ago to produce Hannity & Colmes. In recent days, Hannity warned it would be the “total end” of Fox News should Shine leave, and he rallied conservative activists to back him up.

Initially, insiders said, Hannity’s army of lawyers had hoped to discuss with Fox ways of protecting his 8-year-old primetime show, amid fears that Lachlan and James Murdoch—fresh off the ousting of Bill O’Reilly—were looking to push the network away from hard-right politics.

However, with Shine’s departure on Monday, one source told The Daily Beast, there’s no reason for Hannity to stay.

“The network now belongs to the Murdoch sons,” another Fox insider said after learning that Shine was gone.

Now, remember--Sean Hannity is the absolute scum of the Earth. But is he as bad as Steve Doocy?

When Gretchen Carlson announced her lawsuit against Fox News CEO Roger Ailes, the employees at the network “were aware of some of the things” she was alleging in her suit because they “knew about or saw” her Fox & Friends co-host Steve Doocy make unseemly comments, Politico reports.

Ailes has made many public statements over the course of his career that can be construed as sexist and inappropriate, Politico noted. However, “Carlson’s [is not] the first suit to be brought against Fox News or one of its executives or personalities for sexual harassment.”

The report cites a 1994 appearance by Ailes on the Don Imus radio show prior to the launch of the network. Ailes proclaimed conservative commentators Mary Matalin and Jane Wallace, who then co-hosted of CNBC’s Equal Time, were “girls, who if you went into a bar around seven, you wouldn’t pay a lot of attention, but [they] get to be 10s around closing time.”

A review by Raw Story of Carlson’s reports over the years reveals that she may have been suffering in silence. In clip after clip, Carlson is shown walking off the set, advocated against make-up and the sexualization of women on television and in film and attacked Fox News for their no-pants policy.

In my mind, Doocy is the worst of all of them and he still has a job. When all of this is sorted out, someone is going to gather up the people fired from Fox News and make a television network that will out-do Fox in terms of chasing the lecherous old white man demographic. They will fail, of course, and the media landscape will continue to be bleak. I wouldn't be surprised if Hannity or O'Reilly end up on MSNBC at this point, and that's not a joke.