Enough With the Kathy Griffin Bashing 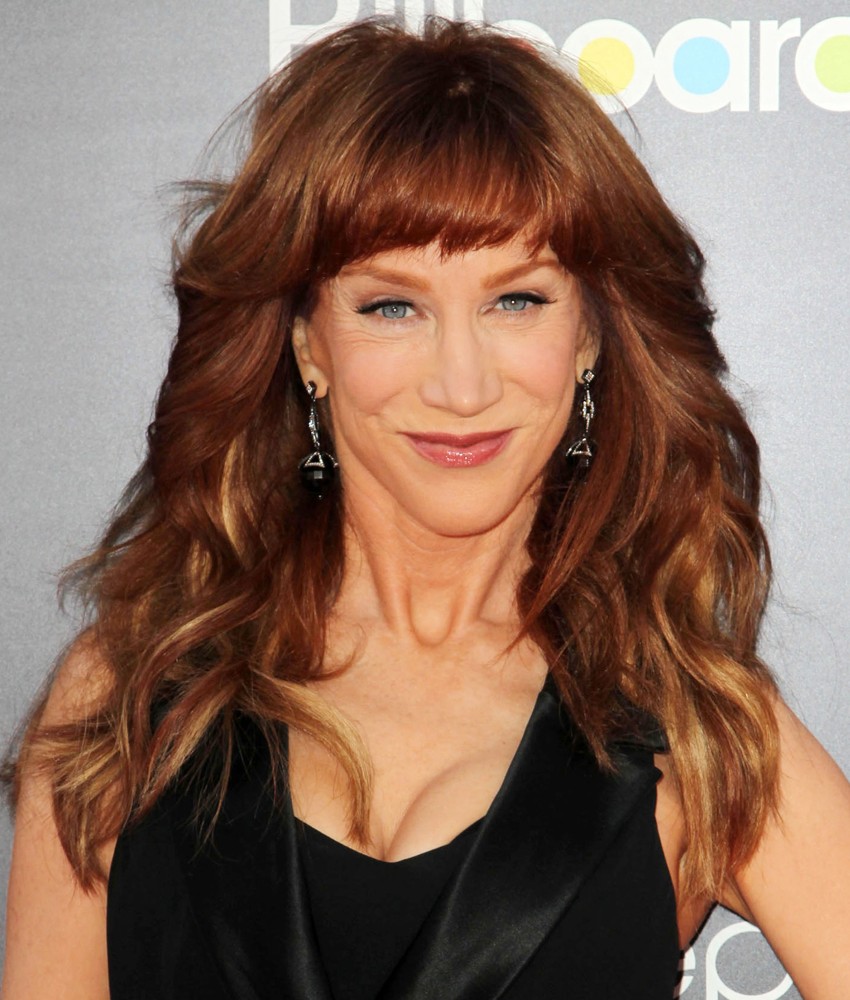 Kathy Griffin did something stupid, so she apologized for it. In a world where Donald Trump never apologizes for a goddamned thing, and where Ted Nugent gets to walk around threatening to shoot Hillary Clinton, I'd say that this is enough phony outrage:

In the days, weeks, months and years following 9/11, there were countless images, moving and still, that came into our collective consciousness that changed us, as much as those events did.

For me, a New Yorker who witnessed many of those images live, there are a few that are forever etched in my brain. One, still photos of men in suits jumping from the top floors of the World Trade Center, their ties whipping upward in the wind as they leaped from one helpless fate to another.

Many more images would follow. I was at my desk at The New York Times in May 2004 when news broke that a missing American contractor named Nick Berg had been decapitated by Islamic extremists in Iraq. He'd briefly attended my college, so I'd felt a small connection with him. I made myself watch the video of his decapitation that morning, and immediately regretted it.

Of course, it was grisly and shocking and awful. But that's not what made it such a lasting, haunting image that I can't shake to this day.

That's how bad the Right Wing Hate Machine really is. S. E. Cupp is comparing Griffin's photo to the execution death of Nick Berg. Give me a fucking break.

This from the same person who wrote this in 2010 about President Obama's speech at the National Prayer Breakfast:

Christ is nowhere to be found: The president is supposedly a Christian, yet there wasn’t a single mention of Christ or Jesus in today’s speech.

I remember when it was okay to say that the President is "supposedly a Christian." Man, those were the days.

These assholes went to a fucking ballgame with this shit. Amazing. They are in public. No apologies here. 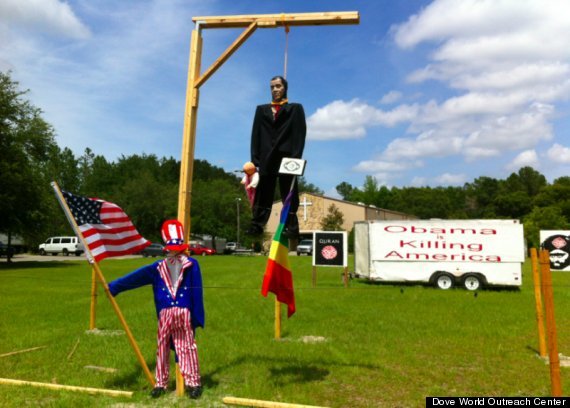 Yeah, just another day in America. No condemnation from the right wing.

Trump's kid Barron saw it on television and freaked out. So fucking what? His father is in the process of getting a lot of people killed. His father has run roughshod over decency for decades. His father used racism and bigotry to win the presidency. Maybe someone should keep that kid as far away from his pop's Twitter feed as possible. Sad!

You'll note that there are absolutely no conservatives I can find who were worried that these horrible depictions of President Obama might affect his two daughters. You'll note that a lot of this just went down the fucking memory hole.

I have never been a fan of Kathy Griffin, but I can appreciate where she comes from. In order to stand out in comedy as a female performer, you're expected to get right up to the same line Sarah Silverman pushes against but Heaven help you if you cross it. What a double standard. Male comedians say and do things that are far worse and far more controversial and they get away with it.  So, not only is Griffin the victim of a double standard, it's as if no one remembers hundreds and hundreds of death threats against the previous President of the United States.

Again, enough with this phony outrage. It's a distraction from the ongoing treason clusterfuck. My advice to anyone hoping for something similar to Griffin's name recognition blow up is to stop and think for a minute. The Trumpkins are busy stepping on their own dicks. They're drowning. Don't throw them a life preserver and legitimize their use of the media's ever-ready outrage machine.